by Kelly A. Martin 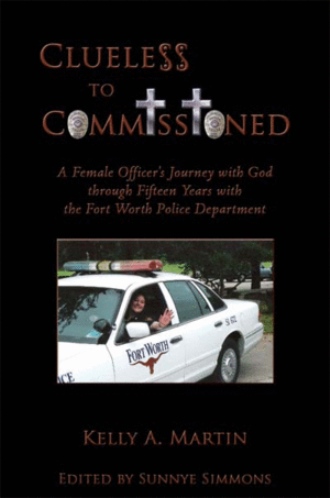 I never had the unfortunate occasion to shoot at a suspect during my career. Thankfully, I have also never been shot at. However, this story portrays the time when I was closest I have ever been to pulling that trigger out of fear for my life.

While I was working patrol shift at about , I received an alarm call in the 2800 block of . No other officers were available to assist at the time. It was a boarding house with a business office on the lower level. The office was supposed to be locked, and none of the residents were granted access during the overnight hours. This call was in my normal patrol district on the south side, where I felt comfortable. I told the dispatcher I would take this call alone and advise if I needed an assist when I got there.

While I was en route, a concerned citizen reported seeing three or four teenaged males running out of the front door, one carrying a shotgun. I was still a few blocks away, but I knew that I now had a burglary instead of just an alarm. Because the caller reported the teens running from the business, I felt pretty comfortable approaching the scene. It is rare for criminals to hang around after the alarm has sounded.

Upon my arrival, I saw that the door was closed. I stepped up onto the porch to investigate and found that the door was unlocked. I shined my flashlight around to see if there was anyone lurking inside. I could see no one, and the alarm was shrieking so loudly that I couldn’t hear myself think, either. I could see that even though the door was now closed, it had been forced open. There were shards of wood split away from the door facing. The owner definitely needed to come out to the scene to secure this door.

I returned to my vehicle and acquired a phone number from dispatch to contact the owner. This was in 1993 when cell phones were not common. As a result, I had to drive down the street to a convenience store to use the phone and attempt contact. The store was only four blocks from my call. I tried the contact number from the convenience store, but no one answered. I figured I would return to the scene and try to wake one of the residents. Maybe they could help me locate the owner.

When I pulled back up to the building, I failed to follow standard officer safety protocol. Because I had been to this scene just a few moments before, and found no one, I considered it safe. I pulled right up into the driveway, right in front of the office. I immediately noticed that there were lights on in the business office that had been burglarized. I thought to myself, “The owner couldn’t have gotten here this quickly.” Then I thought again, “Wait a minute – I didn’t make any contact with the owner. There is no car here. Who is in there?”

At precisely the time I realized that things were not quite right, I noticed a gap appear in the blinds that were covering the window from the inside. I saw the shadowy figure of a person looking out from behind the closed blinds. Suddenly, the lights went out in the room. I froze in terror. The burglars had returned to finish their work. I remembered the earlier report of a shot gun being wielded in the call details. I got out of my car, un-holstered my weapon and approached the building. There were two concrete pillars at the foot of the stairs leading up to the porch. I hunched behind one of them, with my pistol ready, pointed at the doorway. My .357 magnum would not compete with a shotgun. I was trying to find the most solid cover, and this concrete block suited me.

Kelly Martin is a retired fifteen year veteran of the Fort Worth Police Department. In this book she takes the reader along to experience the excitement of hitting the streets of Fort Worth for the very first time as a rookie police officer.

It is while on these streets that she discovers the amazing "insider-secret" about law enforcement: It is not just a career - it is a phenomenon. Its powerful existence seeps into the soul and becomes a part of every new officer's identity forever, bringing along with it feelings of confidence, brotherhood, and pride that are unmatched in any other organization.

As if it weren't amazing enough to experience the fellowship of the "police identity," a second profound concept quickly becomes clear: Everything pales in comparison to the peace, comfort and guidance that faith in God affords each officer daily as he or she enters the streets.

Come along and experience the all-encompassing power of God as He exhibits unfailing mercy, protection, and grace while guiding Officer Martin both throughout her police career in the great City of Fort Worth, and on the spiritual journey of a lifetime!

One of the most enjoyable treats in my life comes on Saturday mornings. Once or twice each month, my husband, Steve and me hop eagerly into the truck with my father-in-law, Coy Martin, and begin the hour-and-a-half trip to . The highlight of the day is a stop at Herd’s, a little burger shop in downtown Jacksboro. After eating a sinfully delicious grease-soaked burger, we move on down the dirt-roads of towards what is affectionately deemed, “the farm.” Our arrival there brings a few responsibilities and many simple pleasures as we tend to the land and the surrounding wildlife.

My father-in-law served for well over thirty years in law-enforcement in the area, and Steve is still an officer after twenty-six years and counting. As a result, those road trips are often peppered with enthusiastically recounted “war stories” or sometimes just reminiscent thoughts of some of the more famous moments of the past. It is always a pleasure to relive the memories along with my father-in-law as he enthusiastically recounts those stories, always making a point to emphasize the same highlights - the ones which made the biggest impression on him. What a treat and a gift it is to listen to him travel back in time.

I have no children with whom to share my life experiences (and I certainly don’t have a lot of wisdom). However, I do have exciting memories and stories to tell, and a desire to share these stories with loved ones and others so that future generations will have a small glimpse of how things were in years past. As a result, this book showcases some of the more memorable incidents, calls, and predicaments I have experienced during my fifteen year career as a Fort Worth Police Officer.