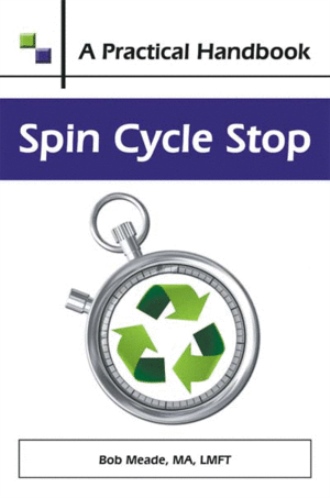 One of the greatest rewards in doing the work I do is seeing the victim turn into a survivor. To have a client come in and tell me about something they did just for themselves and say it with a huge smile on their face is so great. One lady went to the beach by herself. She’d never been allowed to go, ever. Imagine living in for years and not being allowed to go to the beach. Her abuser kept her under lock and key and very isolated. She got away from him, finally. One of her greatest desires was to go to the beach, gather seashells, run in the surf, and play like a little kid. Eventually, she did just that! She related to me how much fun she had and then presented me with a little bottle full of sand and shells as a thank you. I keep it on the table in my office and look at it every day. I’ve told others about her experience as an encouragement that they, too, can make it. Hearing this and other stories from clients who have rediscovered themselves is simply wonderful. I tell people that when I hear these success stories, “I’m good for another hundred thousand miles!”

Another aspect of the survivor, as I tell clients, is they have a story to tell and others to help. I tell them to not be surprised if, somewhere down the road, they have someone come up to them and relate their story of being abused, looking for help. I’ve seen it happen again and again. The survivor feels so empowered to help the victim before them. No, they can’t, or shouldn’t, tell the victim what to do, but rather the survivor can be there for support as they figure out for themselves what to do.

I received a call once from a lady, asking if I had an opening that afternoon to see a friend of hers. I said yes and inquired what it was about. She told me that this friend was a co-worker who was involved in a seriously abusive relationship and she was getting her help. I told her to have the lady call me for the appointment.

They came that afternoon and it was the beginning of over a year’s worth of work and eventual success for this lady trapped in abuse. Her abuser was eventually sent to prison for threatening to kill her and committing several violent acts against her property and towards her.

About eight months or so after we stopped sessions and she was moving on with her life, she called me. “Do you remember how we met?” she asked.

I related the story of her co-worker calling me and our eventual get-together.

“Well,” she said, “now it’s my turn! I have this friend I work with who needs help.”

She found herself being called on to help someone else caught in abuse, and she was responding with her own experience and desire to reach out to someone else in need.

Family, friends, loved ones of those caught in abusive relationships, I hope you have a better understanding of what they are going through and, with that understanding, are better able to support them to become survivors themselves.

One of the most difficult and dangerous things a person can do is to leave an abusive relationship.  This book provides insights into what victims go through and the challenges they face to change from "victims" to "survivors".  It is filled with real-life stories and experinces as well as quotes from survivors who have made that change.  It also provides information the author feels is important not only for the survivor but also for the family, friends and loved ones of those caught up in the frightening, crazy-making world of abusive relationships.

The author addresses such issues as:  What is domestic violence?  Why do victims stay and/or return to the abuser?  What are the psychological, emotional and verbal tools the abuser uses to control the victim?  What is the worst part of the abuse according to victims?  What is the Cycle of Abuse and how does it compare to the Cycle of Respect? Why is it so hard to get away?  What is Safety Planning and how can friends, family and loved ones play a big part in it?

Bob Meade, MA, LMFT is a licensed Marriage and Family Therapist who has been working in the domestic violence field for many years as a counselor, group facilitator, and teacher.  During this time he has spent thousands of hours with hundreds of people caught in the web of abuse - women, men and children; victims and perpetrators.

Over the years Bob has developed his practical, down-to-earth style of teaching and therapy through many paths life has taken him.  Bob has worked several careers and many, many jobs in a wide variety of fields.  He has learned a little about life from being an elementary school teacher, ordained non-denominational minister, librarian, bank-teller, television show production, door-to-door sales as well as laboring in rock quarries, tree-planting in the forests of and , factory labor, short-order cook and dishwasher, and even driving an ice-cream truck.  Throughout it all, he as sought to learn lessons and grow, gaining insights he now shares with those he counsels and teaches.

Bob was featured in an episode of Anatomy of Crime on Court TV national cable network which highlighted the abusive relationship of one of his clients.  He also teaches workshops on domestic violence at local colleges and is recognized as an expert witness on domestic violence issues by the Fresno County Superior Court system.

As a great believer in using object lessons, movie lines, metaphors and quotes, Bob uses every day life to make his material relevant and practical.  Having suffered through abuse of various types as a child and as an adult, Bob can empathize with those dealing with abuse issues today.  As a "success story" himself, he looks to help othes succeed in their lives.