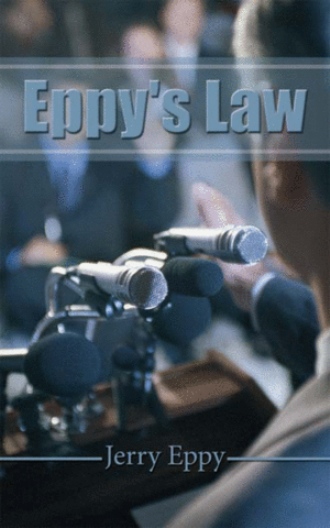 While I support this law in it’s protection of law-abiding citizens, I feel that the current interpretation of this law has become an unintended hindrance to stopping criminal activity.  Often, the judge will disallow the use of incriminating evidence in court cases, based on some trumped up protest from a criminal lawyer.

The rule should be that if the evidence that has been found appears to indicate criminal activity, then it should be assumed that there was just cause to search for it.  This does not mean that law enforcement should be allowed to do anything that they are not allowed to do presently, but any evidence that is incriminating should be usable against the criminal.  If the law enforcement personnel has violated the Fourth Amendment, then the law enforcement person should be held accountable.  But again, if the evidence is incriminating, it should be useable against the person.  In other words, if the person is a criminal, they need to be treated as such.  An irregularity in how we found that out should not change the fact that they are a criminal.

In determining if the enforcement person were guilty of violating the Fourth Amendment, it should require a judge or jury to determine that guilt.  If “hot pursuit” were involved, that should be taken into account.  If time allowed, then the more rigorous processing of a warrant should be required.  But if incriminating evidence were found, the courts should be very careful to give the benefit of the doubt to the enforcement personnel.  Remember that they are acting in behalf of the safety of the population when in pursuit of criminals or criminal activity.  Often they must make split second decisions.  They constantly risk their safety (and in this case freedom) for the public safety.  The law was originally intended to preclude planned violations of privacy, not incidental activity while in hot pursuit.  And it certainly was not intended to protect a criminal.

The inspiration for this book comes from the 15th century philosopher, Francis Bacon.  Even though it has been more than 30 years since Jerry Eppy read Bacon’s Essays, he can still quote from them.  While he does not think that he can verbalize his own thoughts well enough to be remembered or quoted, he still hopes that his comments on some of the modern world situations and problems can inspire some changes for the better in the world.

Jerry Eppy’s intended audience is anyone and everyone, but he hopes that his essays will become a required reading for some philosophy, sociology, civics, or law courses.  He would like to see these topics debated academically with the hope that they may influence the thinking of the younger generation.

Jerry Eppy was the first from his family to go to college.  His father offered to pay for his first year at college as an incentive to get him started, and also to let him live at home as long as he was in college.  Jerry’s family lived in a rented home in a working class neighborhood.  By the time he was 21 years old, the demographics changed and it became an unsafe place to live.  Even though he was a full time student, he used his savings to buy a house for himself and his parents in a safe neighborhood.  He stepped up to the challenge/opportunity and purchased the house.  He still managed to attain a Bachelor’s Degree in Engineering, and a Master’s Degree in Business Administration.

Jerry’s career has been both varied and successful.  He has been a machinist, a production foreman, and a plant engineer.  He has worked for a public utility and managed a municipal electric and water utility.  He has also found time to coach soccer, baseball, basketball, and track, all at the grade school level.

Jerry has raised his children to be involved in improving the quality of life for those around them.  All of his children have done charitable work.  One has a Master’s Degree in Community Counseling, and has his name in the Governor’s Hall of Fame for a program he wrote for use in the schools, regarding substance abuse.  Another of his children has served in the Peace Corps.

Jerry Eppy is now begging others to step up and meet a need, as he did, and his children are doing, and not to offer excuses or look the other way.  These essays are his attempt to promote awareness and maybe incite someone to action.