A Weekly Devotional for Inspiration and Encouragement 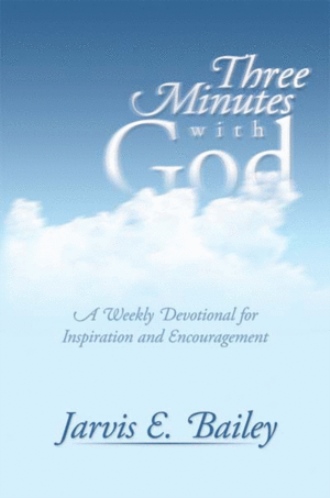 I have fought the good fight, I have finished the race, I have kept the faith. Finally, there is laid up for me the crown of righteousness … and not to me only but also to all who have loved His appearing.

I watched her struggle to keep up with the other runners. Falling behind, her face became contorted, possibly from pain or as a result of her disability. The other runners struggled, too. But there was something captivating about this girl. As her pace slowed to an awkward walk, the excited crowd cheered louder.

At the halfway mark, the youngster slowed almost to a stop. And as she began to wobble, she drifted sideways toward the edge of the track. Immediately, the girl’s father leaped from his seat and rushed to guide his daughter’s path. The crowd rose to its feet with applause. As I continued to watch, I realized that everyone in the stadium was focused on that little girl finishing the race. Nothing else seemed to matter.

That day, all the runners finished their race. And in the celebration, we all knew what the Apostle Paul was saying. Finish the race!

What is God saying to me?

In response to the devotional, how can I reflect Jesus in my actions?

Three Minutes With God was written for busy people –those who can’t always make the time for devotions, but who realize the value it can add to their quality of life.  The methodology is simple – read, reflect and respond.  The scripture and the devotion are the same for the entire week, and there’s an opportunity for journaling and praying, as well as a call to action.  The book is a practical resource that is easy to use.  The reader, rather than feeling burdened by another task, will be encouraged and excited by the opportunity to slow down for a moment with God–three minutes to be exact.

The Reverend Jarvis E. Bailey is passionate about the benefits of faith and the positive impact it can have on a person’s life, and proposes that devotional time with God is a key element in unlocking and energizing that faith.  A Christian minister for 25 years, the author has served as an Army Chaplain, Senior Pastor, Church Planter, and a community and civic affairs leader.  Rev. Bailey believes that “the quality of a person’s life depends on the quality of their relationship with God,” and he has committed his life to helping others achieve the highest quality of life possible.