Is This the Change America Needs? 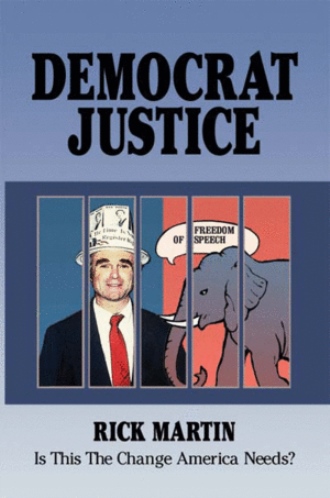 I first met Dan Mica in a media setup that Mica engineered before I even officially filed for office. He had a scout find out I was heading for a local chamber of commerce meeting. The mayor, Ben Geiger, tapped me on the shoulder and said someone wanted to meet me. As I turned around, Mica with three good sized young men behind him started yelling at me, “You were fired at ADP, I found out about you! You weren’t sent to Vietnam while in the Marines!” At that sentence, I realized the cameras were flashing, and I had been set up. I replied with a sharp attack, which ended with Dan Mica’s desire to never debate me again. I said, “Did you ever wear any uniform?”

Rick wrote this book in 1988 as a convicted felon suspended from the Florida Bar.

When the Dollar Crashes:

Statistics show that America’s top one tenth of one percent population got a two hundred ninety percent income gain from 1966 thru 2001. Meanwhile several of my IBM engineer buddies are driving a school bus for $12.00 an hour.

So now it’s 2016 in America and the Chinese Yuan and Russian ruble are valued higher than either the dollar or the euro. 80% of Americans drive a four-cylinder Chevy. America has the best-educated truck drivers anywhere. Unemployment in Detroit is under control building mini-cars. Clothing, furniture, and some vegetables are coming in from Mexico. Gasoline is ten dollars a gallon, and the baby boomers are moving to Mexico where they have no heating bills. Your mom may be a maid for a drug dealer.

America is becoming a two-class society. Eighty percent of Americans will soon be worth less that $10,000 each, with no retirement or medical benefits after working forty years. The twenty percent with money will have inherited most of it tax free, or earned it selling drugs and sex, or achieving a doctorate degree in medicine, law, or Wall Street boondoggling. We are already in a Hidden Depression.

By the way, did you notice that the poor people in our nations ghettos do a lot of killing? Do you think that today’s Detroit (murder capitol U.S.A.) is far from the doorsteps of your double mortgaged suburban home? When people have nothing to loose, they will come gunning for your groceries and car keys.

I suggest to you diehard republicans, stop trying to get into the Wall Street insider club as the answer to your lost pension fund. As to the Docile Democrats, stop worrying about gay rights, and start yelling for stiff tariffs, more jobs in America and tough energy regulation to reduce pollution and create new jobs. God bless America a little longer.

Rick Martin was a Republican candidate for the U.S. Congress, 14th Congressional District of Florida, November 1986.

In December of 1984, after two and one half years of law school, Rick received his Juris Doctor of Law degree from NOVA Law School, at age 41.