The Gospel of the Four

A Unique Conflation of the Four Gospels into a Single Continuous Narrative, Explicated by the Author's Commentary 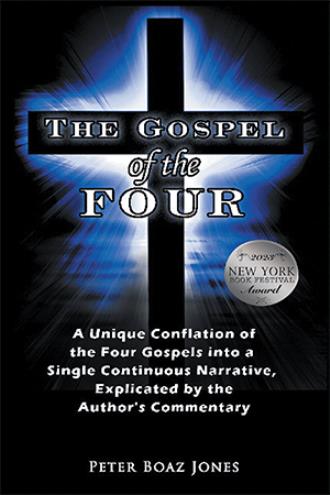 What This Book Reveals

I had not realized when first starting to write the manuscript, any special significance to the numbering of the rest of the miracles, when finding there were 42 miracles up to the Resurrection. Nevertheless, afterwards, in 1986, in realizing I must combine the other manuscript I was preparing on the events surrounding the Resurrection, and concluding with the Ascension, amazingly and surprisingly I found that altogether - in all - there were 50 miracles when combining the 42 with the other miracles that follow, prior to the Ascension.

It became clear that indeed there was much significance relating to these findings, and predominantly, specific new meaning to the way the four texts are basically and intrinsically connected together. This also gave rise to the integral quintessence of the importance affiliated to how many of these miracles were chosen by the Gospel writers to be included within their narratives of the ministry of Jesus. Since many more miracles occurred than those chosen to be recorded.

These findings also concur that the events contained in the four Gospels were written in a manner, which adhered to a well-informed style in its overall format, specifically and precisely following the successive order in which they had originally transpired, except for five major dislocations which relate primarily to Matthew, and his reason for placing them otherwise:

1] the coming of the Baptist’s disciples to Jesus the second time at the eighteenth, nineteenth, twentieth, and twenty first miracle (9:14-34) along with the conclusion of the final tour of Galilee (vv. 35-38).

3] the narrative from the Sabbath question, the twelfth miracle, along with the first counsel of Pharisees, and Jesus healing great crowds, to His fulfilling of prophecy (12:1-21).

This well researched and scholarly presentation of The Gospel of the Four shows how all four texts parallel each other intrinsically without the anomalies frequently and erroneously mentioned by many even devoted believers. It is a complete synchronisation of the Synoptic Gospels with the Gospel of John, which takes account of all the relevant arguments relating to this particular subject. The author carefully identifies and distinguishes differences and similarities in the four narrative accounts of the life and ministry of Jesus and provides passages in quotation and chapter and verse references revealing the fact that Jesus made several different visits to towns in Galilee and Judea, purged the temple on two occasions and gave the Sermon on the Mount more than once. An examination of the timing and nature of the miracles also provides fresh insight into that aspect of the ministry of Jesus. This is a considerable work of New Testament scholarship, which will surely stimulate Christian scholars and layman in their search for additional truth. The mass of detail and cross referencing should not act as a deterrent to the general Christian reader because the author has taken great care to present his argument and postulations in a coherent and accessible format and style. Regardless of whether readers agree or disagree with some or all of the author’s assertions, this work will undoubtedly help some to find new truth. The author wishes no more than to shed further light and help, “…to give knowledge of salvation to His (God’s) people by the remission of sins. Through the tender mercy of our God; whereby the Sunrise from on High has visited us. To give light to them who sit in the darkness and in the shadow of death, to guide our feet into the way of peace” (Luke 1:77-79).

The author was born in Germany in 1944. In 1948 he came to the West Midlands where he has resided since. He had a formal education and did not attend any educational institutions relating to the subject of this book until in his forties when he attended many lectures at the Centre for the Study of Judaism and Jewish/Christian Relations, Selly Oak Colleges, Birmingham, yet even as a teenager has always studied various aspects of Biblical exegesis.