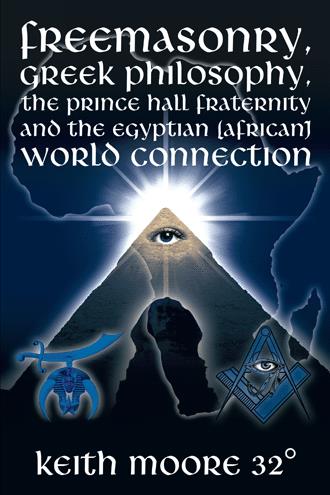 It has been my experience that the world‘s view of Freemasonry has always been observed from a western society perspective. Meaning that all the rituals degree work and philosophies were designed to reveal certain truths and these truths were hidden in the form of an allegory. Anyone who has ever studied Freemasonry must first learn that there is always a mystery behind an existing mystery and this will be the basis for writing this research.

When Freemasonry as we know it was created in , it did not reveal to its members the true origins of its existence. Instead the founders made it a European art made for Europeans by Europeans and they spread this teaching throughout the world never revealing its original origins. At this moment it would be correct for me to dwell deeper into the truth of Freemasonry’s origins. And to find this answer I looked deeper into the ancient world. More in particular I began to study the Nile Valley Civilizations of Egypt and Ancient Ethiopia and discovered that a similar society existed before Freemasonry.

The Egyptians were one of the first inventors of secret societies and they existed for thousands of yeas. Once these societies had reached a level of understanding they spread throughout the ancient world existing under numerous different names. Europe’s first exposure to the societies wee the Ancient Greeks who in turned were the students of the Egyptian priest. The Greeks were trained in the mysteries so that they could establish their own society. We know this for a fact because the Egyptians were dedicated teachers who felt that knowledge is something that should be given to those who are deemed worthy of it. Once the Greeks received the knowledge of the Egyptians they began teaching Egyptian knowledge under the veil of Greek philosophy. While in the well known philosophies created institutions of learning in order to spread what they learned to the masses. This served as a beginning foundation to modern day Freemasonry. The reason for this is that Freemasonry depends so heavily on Greek philosophy that without it could not function properly.

The works of all the Greek philosophers can be seen in the ritualistic works of Freemasonry. One example is the study of Mathematics. In Freemasonry Mathematics is the very core and more notably the use of Geometry. In structured building, Geometry was invented by the Egyptians who then taught it to the Greeks. These facts therefore prove that we cannot have a “today’s world” and even a “today’s Europe” without Africa’s “Egypt of yesterday”.   However the question is, since the Greeks confess in their own Hellenic language that they received their learning from the original Africans; why then do world European scholars deny any African contributions to civilization.

The second section of this chapter deals with Brother Prince Hall and his establishment of African Lodge 459. This is the first recognized Masonic lodge of African origins in . Hall’s major concern was the establishment of slavery in the colonies. Prince Hall and other influential African American Freemasons wrote passionately against the harshness of slavery and sought  an end to it. However the major impact of Hall’s contribution was his nationalist views. It was Hall who instructed his brethren that African people came from a great civilization that was filled with numerous contributions to the world. In his charge, Hall stresses an African history as well as an African unity. Next Hall influences spread to the modern day Afrocentric movement. What sprung from Hall’s teachings were individuals who impacted African history as a whole. Individuals like Martin Delaney, Arthur Shomburg and W.E.B. Dubois and countless others have written for the advancement of and her people. What was brought forth was the Afrocentric movement-a response to the dominate European world view. 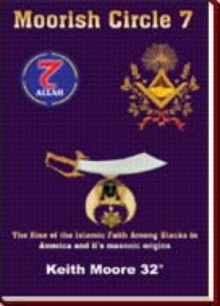 Freemasonry is a system of learning that has been recognized as a product of western civilization, however what is not told is the influences by people of African descent. This book describes the contributions to freemasonry from the ancient African civilizations of Egypt, Nubia and pre Islamic Arabia. It is designed to give the reader a deeper understanding of its origins as well as its connection to world civilizations and world religion, all of which has an African presence. This book will also looks at the universe of African American Masonic organizations from the early 18th century to the 20th century America, which ranged from the origins of prince hall freemasonry to Black Nationalist and esoteric religious sects like the Moorish Science Temple of America, the UNIA and several other offshoots. Contrary to prior accounts, African American Freemasonry was concerned with far more than simply acknowledgement and respectability. The book will demonstrate that Freemasonry played a critical role in, history, politics and African American social life. I discuss such topics as the impact of Greek philosophy on western civilization, the rise of Islam and its impact on the African continent and finally the grandeur and accomplishments of the moors of Spain. African people have been at the very core of this rich foundation. In addition I discuss the comparisons between the ancient Egyptian civilization and modern day freemasonry. I explore its symbolism as well as the esoteric foundations that freemasonry relies so heavily upon. Once freemasonry reach the western hemisphere it became a tool for influencing Europe’s elite. Moreover, my research covers the history of the knight’s of Europe and the origins of european chivalry and how Arabic poetry played an important role in its establishment. Additional topics include Napoleon Bonaparte, The mystic shrine and the foundations of Orientalism.

Keith L Moore was born in 1973, and raised in the city of Chicago, Illinois. He received his B.S. in Education in 1999 from DePaul University, Chicago and his M.A. in Inner City Studies Education from Northeastern Illinois University in 2005. Currently he is working towards a second master’s degree majoring in Education at the National College of Education. Since 1992, Mr. Moore’s primary research interest has been the study of freemasonry and its connection to what he defines as the African Moorish science experience. This exposure gave rise to formation of eastern religions and cultures among blacks in the western hemisphere namely north America. In 1994 he was initiated, passed, and raised to the degree of Master Mason and in 1999 to the 32nd degree of Freemasonry Prince Hall Affiliation. Mr. Moore has always had a fascination with what he defines as the various studies into the esoteric sides of religions .Mr. Moore is a educator, researcher and member of several Masonic and afro centric research societies. Mr. Moore is the author of Moorish Circle 7: the Rise of the Islamic Faith among Blacks in America and its Masonic Origins.