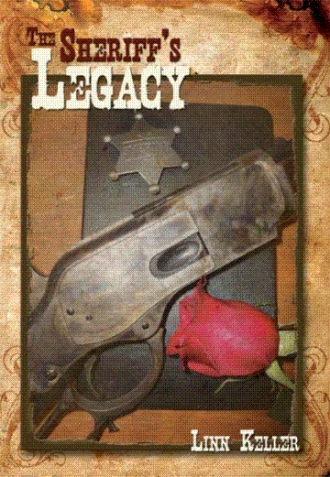 The Mayor looked up as the council chamber’s door opened.

“Legs?” Willamina Keller coasted to a stop, almost dead center of the Council chambers, and looked around as if searching for whoever he was talking about. “Legs?”

“Yes,” the Mayor snapped, “legs! Now unless you’re peddling your sweet self --”

Willamina Keller turned slowly, a dancer’s move, giving the Mayor and the Council a good look at her.

Tall, slender, with the natural beauty of her Scandinavian and Celtic ancestry, she raised her arms gracefully overhead, and then together in front of her, palms down, like a ballerina, fingers lightly laced.

She batted her lashes and walked directly towards the Mayor, placing one foot precisely in front of the other, the walk of a professional model; one high-heeled foot, one well-turned ankle, one sculpted leg, one in front of the other, causing her hips to sway, her skirt to flow, her hair to swing, her entire athletic body in motion within her tastefully-tailored suit dress …

She had the man’s rapt attention.

She walked up to the Mayor’s table and put her right hand on the table, beside the microphone.

Her left hand shot out like a striking viper and seized the disagreeable little man by the shirt collar and the carefully-knotted silk tie.

Council was shocked into silence as Sheriff Willamina Keller twisted his collar, hard, and dragged him, choking and flailing, across the table and face-down onto the floor.

Chief of Police Roger Taylor watched, stunned, as she dropped her full weight through the sharp focus of her knees directly into the man’s kidneys, immobilizing him with what the Chief knew had to be an absolutely blinding explosion of pain.

Seizing the man’s right wrist, she mercilessly applied a joint-lock, bending his hand painfully forward and twisting the arm behind his back.

She reached to the back of her own belt with her free hand.

Council saw her draw the shining circles of stainless steel from a hidden carrier under her coattail.

Quickly, efficiently, the Sheriff cuffed the Mayor’s wrists behind his back, palms out, punching the double locks to prevent over-tightening or tampering. Seizing the man’s upper arms, she rolled back on her three-inch heels, using her weight and leverage to bring the gasping man to his feet, only to turn him and bend him over his own table, hard.

She held him there, her fingers digging mercilessly into the back of his neck.

She flipped back the lapel of her jacket, displaying her star.

“My name is Will Keller,” she announced in the ringing voice she usually used when addressing assembled troops. “’Will’ is short for Willamina, and I am your new Sheriff. You may address me as Sheriff, or as Ma’am. I am not Legs, Luscious, Toots, Sweetcakes or Blondie, or anything else you may dream up. I’m here to do a job, I don’t fight fair, and I have just placed this murdering low-life under arrest for arson, conspiracy to commit arson, murder, conspiracy to commit murder, plus a Federal warrant for Interstate Flight to Avoid Prosecution.” She hauled the Mayor up of the table and half-walked, half-dragged him across the room to the Chief of Police.

“Chief Taylor, you will take the prisoner into custody.”

One of the Councilmen stood and shouted, “You can’t just barge in here and start grabbing people!”

Sheriff Keller spun and shot an accusing finger at the Councilman.

“You, sir, will SIT YOURSELF DOWN, and you will SHUT YOUR MOUTH, or you WILL be going out of here, IN IRONS, charged with interfering at the scene of an emergency, interfering with an arrest and interfering with a police officer! I am in no mood to put up with YOU, and if you think I am kidding, TRY ME!”

The Sheriff drew a fat envelope from her inner jacket pocket and handed it to Chief Taylor. “Warrants,” she said. “You will immediately deliver this prisoner to the jail for processing.” She shoved the cuffed and shivering Mayor into the police chief’s arms and pushed past them, stiff-arming the door hard enough to slam it open against its stop.

Her heels were loud on the polished stone hallway floor as she left the building.

There was a low whistle as the handful of Councilmen looked at one another.

“Guess that means we don’t have to hold the recall election after all!” 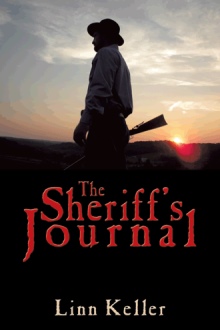 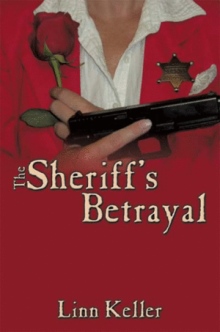 Firelands County, Colorado, knew their new Sheriff was a Marine, a Gulf War veteran, and was recently graduated from college; they sent their chief deputy to pick up Sheriff Will Keller from the airport.

Firelands County, Colorado, did not know their Sheriff would arrive in a tailored, dark-blue suit dress, and high heels.

In the Sheriff's first half-hour in-county,she uses a shotgun to stop a barfight, slams a drunk face-first into the painted plasterboard, arrests the Mayor and tells the Board of County Commissioners which of them is an adulterer, with whom and how many times; which of them is a gambler, how much he has lost at the tracks, and at which track; she lets them know in no uncertain terms exactly where they can get off, and proceeds to run her department as she pleases.

The Sheriff is here to do a job, and she doesn't fight fair.

And she doesn't -- whether it's drug traffickers, a crooked prosecutor, a fiancee or getting justice, Sheriff Willamina Keller gets what she wants.

She doesn't care which.

Linn Keller is an expatriated Appalachian storyteller, a published poet, calligrapher and re-enactor of the European Middle Ages and the American West.  He is author of several articles and short stories, mostly in professional literature.  Licensed in environmental health, he is a past paramedic, past fire chief and town marshal, pediatric, ICU and ER nurse, and has yet to decide what he wants to do when he grows up.