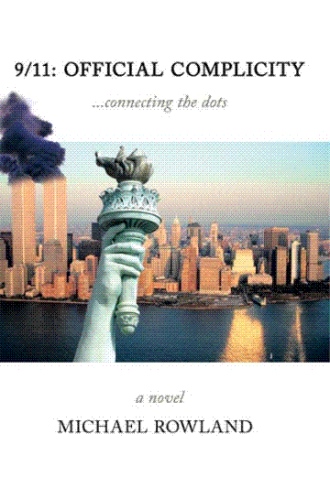 ‘The tongue is but three inches long, yet it can kill a man six feet high.’

Frightened, cold, hungry, exhausted, and a fugitive in a foreign country!

‘Well, I can’t imagine it getting any worse than this,’ thought Alex, trying to come to terms with the predicament he currently found himself in.

‘Or could it?’ he wondered.

While on vacation in , on the sixth anniversary of 9/11, fifty-eight-year-old Alex Monroe unwittingly becomes involved with a ‘group’ calling themselves ‘The Plane Facts’.

Over the last six years the group have been peacefully demonstrating in the area bordering Ground Zero, handing out leaflets, detailing some of the available facts and incidents surrounding 9/11.

They are totally convinced, along with millions of other people around the world, that the President of the , together with his trusted senior advisers, was somehow involved with the tragic events on that fateful day.

That’s what Alex longed for right now. He wouldn’t have said no to a little food and a hot drink, but they would have to wait a while, given that there were government agents out there searching for him, and his accomplice Larry Underwood and, if caught, what would become of them?

Alex and Larry had been outside most

9/11: Official Complicity is written to call attention to the inconsistencies of the American government's response to 9/11, blending a mix of fact and fiction in the story of one man's journey into the heart of the controversy over the attacks in America on Sept. 11, 2001.

When 58 year old Alex Monroe visits the site of his wife's death, on the anniversary of the terrorist bombing of a London subway on July 7th 2005, he is drawn immediately to a few American tourists who also lost those close to them during 9/11. He promises to visit Ground Zero and pay his respects. What Alex doesn't know is that he will become entangled in a mess of lies, government conspiracy and in possession of incriminating documents that could prove the United States government's involvement in 9/11, all the while being chased by one determined government secret agent; Nash.

The author peppers the novel with citations from reputable newspapers and media outlets, giving the reader a survey of how there were indications of the attacks well before the events actually occurred.

Michael Rowland was born and brought up in Yorkshire. He is married with two grown up sons.

From an early age, Michael became an avid reader of adventure and science fiction novels, but over the past few years his interests have changed towards factual publications, and it was when he read about the tragic events of 9/11, Michael decided to write a thriller, based on the hundreds of facts available.

By publishing this novel, Michael is hoping it may reach a much wider audience.