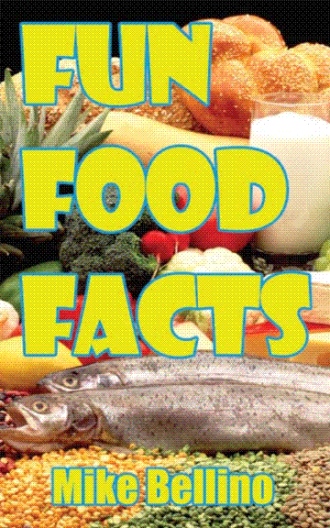 Here is a small random sampling of Facts:

In cooking, what does the term “scalded milk” mean?

Scalding milk involves heating the milk at 198ºF (92ºC) for 1 minute or 185ºF (85ºC) for 7 minutes. The easiest way to scald milk is to slowly heat the milk in a sauce pan over low heat. Do not allow the milk to boil! When the milk has a distinct surface “skin” over most of the area, it is scalded. Remove immediately from the heat and allow to cool.

Is there a connection between cottage cheese and cottages?

Cottage cheese does not require fermenting in special rooms or caves so it could be made wherever the milk supply is collected. Cottage cheese was so named because it was principally made at farmhouse cottages. It is made from the buttermilk leftover from churning butter. The cottage cheese is separated from the buttermilk using either rennet or lactic acid. Once the curds are firm enough, the liquid whey is drained off.

Are Brussel Sprouts related to cabbage?

Brussel Sprouts are actually the buds that grow off the sides of the cabbage stem. The cabbage is the main bud at the top of the stem.

Why does fish flesh cook so much faster than animal flesh?

Fish do not need a lot of connective tissue or fat because they 1) do not have to fight gravity and 2) are cold blooded. Thus, with less connective tissue and little fat, fish flesh cooks quicker and can be more easily overcooked.

How can I lessen the onion tears?

Refrigerate the onion for an hour or so before cutting. The cold onion will release less puruvate (term for a chemical that produces tears) into the air.

What do barley and gladiators have in common?

Barley was the preferred grain of northern countries because of the shorter growing season. In , perhaps as a testament to their hardy nature, Gladiators were called “hordearii” which means “barley-eaters”.

Why do some dishes just not taste the same without alcohol?

What’s this I hear about making a Meringue in a copper bowl?

It is a culinary tradition to use a copper pot and copper utensils when making meringue. The centuries old claim is that the meringue will be harder to ruin when made in copper bowls. Today, evidence supports this claim having found that a reaction between the copper ions and the egg whites makes it hard to overbeat the meringue. On the other hand, it does turn the meringue from snowy white to slightly yellow. If you do not have copper bowls and utensils on hand, try using a little bit of cream of tartar.

How far do the bees have to fly to make 1 lb of honey?

As they fly back and forth to the hive, the bees cover the equivalent of 3 orbits about the earth to make 1 lb of honey. In case you are wondering, a bee gets about 7,000,000 miles to a gallon of honey.

Why do we knead bread?

What is the connection between cheese and the Milky Way overhead?

What can I do if I need buttermilk but don’t have any on hand?

Can potatoes be poisonous?

Which American city was named for the onion?

The answer to these and hundreds of additional questions are found in the pages of the book, “Fun Food Facts”. Every page of this book will fascinate you with trivia and food facts that will inform and educate.

Fun Food Facts is a book that grew out of Mike's love of cooking and food. Having read many books on the subject, he began keeping notes of interesting food facts. He started sharing these notes with friends and co-workers and received an enthusiastic response and requests for more. As the facts began to pile up, Mike decided to make an effort to publish them -- The result of this effort rests in your hands.

Fun Food Facts: A book for people who eat!

Mike Bellino has an eclectic background in music, sound recording, aerospace, micro farming and electrical engineering. But at the end of the day, it all comes down to cooking and creating a meal for his family to enjoy together. Since he made his first “Wacky Cake” as a youth, he’s been captivated by cooking and its inner workings. The desire to “know how things work” has motivated him to read, learn, try, endure failures and even occasionally succeed.

Mike makes his home with his wife, Mary, and five children on 23 acres in . During the day, Mike is a mild-mannered electrical engineer. On weekends and evenings, to stave off boredom, he and his family raise chickens, turkeys, hogs, grow vegetables, tap maple trees, harvest wild blackberries and keep bees for their Circle Bell micro-farm.