Eye of the Remote, Black Operations in Areas Beyond 52 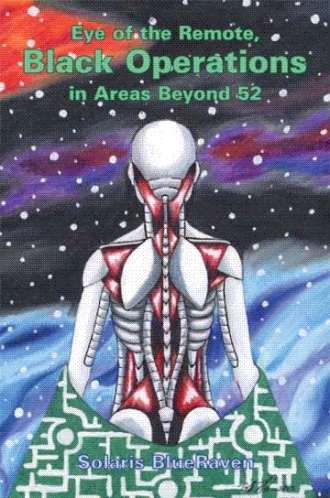 There are many forms of

intelligent energy. Energy in consciousness permeates in all dimensions. There are dimensional gateways in every cell, atom and chakra.

These vortexes spin in both counterclockwise and clockwise rotation along with spin points and ones meridian systems including ley lines, holographic grids and fields.

The Soul extensions merged in with ones Celestial heritage more than a universal driver.

Virtual space is man’s version based on cyber and computer mind mapping of ones unique design. The fields get mapped from biorhythms to brainwaves. Light measurements are taken during meditation or cognitive thought both conscious and, subconscious and in lucid states.

Alpha, beta, theta, and delta just to give an example. REM in reading is mapped via computer interphase and at times those who work behind the scenes are doing the calculations beyond time reel to reel and live feed so to speak.

Virtual space is used for various reasons. For security, profiling candidates, recruiting and more covert and remote tactics including remote viewing. Psychotronics and psychological warfare are used with high profile military operations for interrogation and once again

recruitment. Targets or subjects are tagged and data is stored in a hard drive hidden area. Voice to skull using certain channels or mediums are opened up and mapped for silent communications systems. I am a Multidimensional Channel to start hence they mapped and connected in with me much like star trek for example as when the Captain wants to patch in for communications with a cloaked ship.

Flying under the radar is a good thing when one becomes exposed to these projects yet like I mentioned I am the one with the power.

Mediums are sometimes opened using sexual computer interphase and virtual interaction. In other words the agent suits up and goes in. This is done live by the way with a real person. I was mapped and sexually intruded upon for days and evenings which I was aware of as they were indeed beyond intimate with me. I remember clearly voice modulations communicating to the agent or he at which I choose not to name in this book to use a better word. There was a lot of communication,laughing in a euphoric space and me asking what his coordinates were latitude and longitude. I was told West.

Many people in the entertainment areas use a form of virtual tagging linked to mk ultra in order to tag women for various projects, especially high profile men as they get spouses, mistresses, girlfriends and personal escort security this way. One of the reasons I was tagged at the time was one man’s personal interest. Obviously the names are not mentioned yet they know who they are. I was indeed mapped and intruded upon while meditating of which he seemed especially intrigued by my Unified Chakra meditation.

Being a sensual loving being to begin with I did not realize the dark agenda which was to follow yet I was informed step by step in a covert live hearing with the correct beings and not a false machine voice.

There is indeed live or Memorex. I began to recognize triggers and key words, I was mapped, tagged and communicated to voice to skull live. I was interphased with using machine based telepathy and moved pictures accordingly. 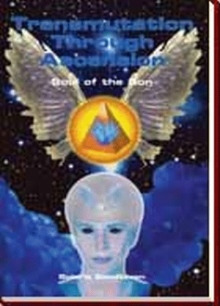 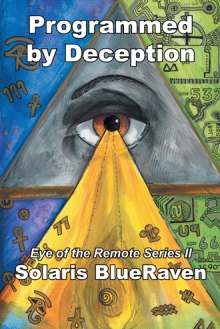 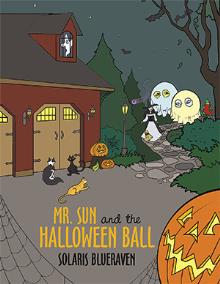 Solaris BlueRaven is a true multidimensional channel, clairvoyant and remote viewer with an extensive and professional background in mysticism and science. Eye of the Remote is a first hand account and experience of being inducted into covert projects of which the mass populous may have no knowledge of.

The information of which has been decoded may shock and astound readers around the globe. Solaris BlueRaven is a systems buster for MK Ultra and a spiritual councilor and MT healer in these areas.

Solaris BlueRaven is a genuine Clairvoyant,Multidimensional Translator,Time-line Astrologer and MT Healer. She is a published Author and Public Speaker on Ascension. Solaris is a practitioner of the Craft. Solaris has an expertise in remote projects and viewing.Solaris is the founder and High Priestess Eldar for the Blue Star Celestial Order and Coven of Light. A network designed for those in search of spiritual and scientific support. Solaris is a profiler in the fields of black operations and mk ultra. Published works include Transmutation Through Ascension soul of the son published in 2004.  Goddess Ascending a monthly newsletter pertaining to planetary shifts and changes. Solaris is the founder of Ravenstar production dedicated to reflecting truth at the highest level in the form of wisdom and spiritual liberty. Solaris is the President of NightShadow Anomaly Detectives.