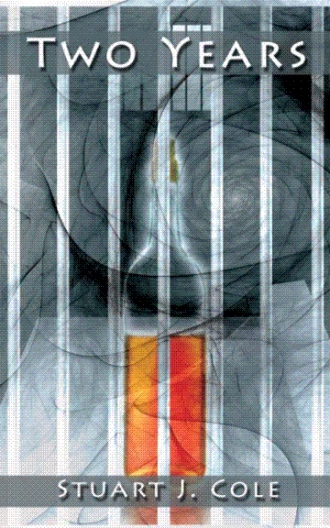 Chi chi is depressed because he has no smoke. I tell him "cool, just a few more hours". He says "no, I need now, too many problems, need to relax". So I thought I'd tell him it's a good thing he does not need them. "Suppose", I said;" you were an alcoholic and you needed a drink? You wake up in the morning knowing you will soon start shaking involuntarily. You start thinking what you can do to stop the inevitable, except to have a drink...but there isn't any. You brush your teeth just to throw up and watch the yellow bile flow from your mouth, it's finished but you still try to throw up some more. Why? Because you think;it will relieve you of the craving, but it doesn't. You wash your face and look in the mirror, it's not you but it doesn't matter. The only thing that matters, and I mean the only thing, is to get a drink. Even if you get to watch it for a while until it becomes too unbearable or until you know where the next one is coming from. For the first is only temporary relief and you know this. You stretch out your arms and fingers to see how much they are shaking - not a lot now - but there's worse to come. You have a bit of time now to think. How did you, of all people, get into a mess like this? You start to pace; where, where, where can I get a drink from now?You go down a few steps, only to find that your legs are shaking now. Huh, you can walk, but only just. Must avoid steps and obstacles that make you lift your feet too high, otherwise the shaking moves through your body. You're hot, you're cold, you're sweating and you're shivering. That is when you need a friend". I told him all that. What I didn't tell him was that I was describing myself.

My past helps me and my kids know who or what I am about...(Yeah, good idea).

I have received my tuc shop: 5 sweeties, small Vaseline, small baby oil, 4 batteries, 2 phone cards, 10 packs of ciggs, total, $120. I receive $375 every 3 or 4 months from PA, depending on when the embassy shows up. My bills are 8 packs of ciggs (for washing, extra food, and what I borrowed, 2 for 1). Next, I have my name down for the phone. Who first? Junior is the most logical, because he will deal with everything, but has a small problem of his own. Nicky next, because I really feel it could be damaging for what relationship we do have. If I do not speak to her on the phone, I fear, no excuse, no matter how true, will do. Kayana, because I promised once a month, and I don't want to let her down (now that rings a bell). A few weeks ago, I received a letter from Mrs Bond, stating how disappointed she was with me ( I'm still not sure who told her, but it can only be two people) and how ' I know people have let you down'.

Mrs Bond was the head of a children's home I was in since the age of 5 (prior to which, I was in a nursery, the only recollections I have are from photos) until the age of 12.

'Oakfield' 7, Sunset Avenue, Woodford Green, Essex. Tel, 5047270. It was grilled into us as early as possible, in case we got lost (which is funny, because at that time, I think I was already lost). It was a large house, and there were approximately 14 children, all in for different reasons, but all to do with parents somehow not being able to 'cope'.

I can remember my mother visiting twice, although later on in life I was told it was more than that. When she came on one of these visits, I distinctely remember her saying that I would be able to live with her soon. On another, I locked myself in the cloakroom for what seemed like hours, with some of the aunties ( which is how we called them) and her pleading for me to come out, needless to say I didn't. I do not recall seeing her again until very much later in life. I think I decided then to listen to the head of the house, who was to me the nicest, fairest person I knew. She was a white woman, about 5"5, qute chubby, with long black hair. Age was not relevant, she was an Auntie. When she smiled, all was in good humour, all was roses, but when something was wrong, you could feel it in her presence. Her look of being upset, angry, disappointed, or concerned could be felt without a word from her. I started to look upon her as my mother... 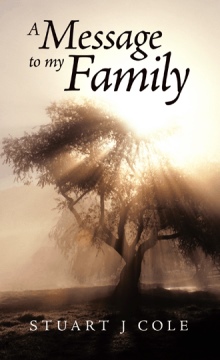 I was born in London in 1962. I spent the first 12 years of my life in a children's home, struggling not only with the fact that my  parents had abandonned me, but also trying to cope with being of carribean decent. I was sent to Jamaica at the age of twelve to be with my Grandmother, Aunty, Brother and Sister all of whom I was to meet for the first time. In Jamaica I learnt to adapt to a different way of life and culture. I saw my father for the first time and lost a good friend in the capital Kingston during the violent civil unrest of the late seventies and early eighties. I returned to England in 1982 and after living a play boy type of life for a few years decided to seek out my mother and find out what went wrong. I did not find out. The years that followed took me on a path towards self desruction, trying to hang on to someone I knew I could be, but just did not know how. Alcohol and drugs  had created a different me and we would have continuous fights for the right to be me. It ended up in february 2006 with us both in prison on the island of St Lucia, a hard core prison. I won. I  started to write out of sheer boredom. What followed was a self therapeutic journey to the land of reality which I had left behind a long time ago.