A Small Atlas of Earth

In Recollection of Legacies and Patterns of Growth 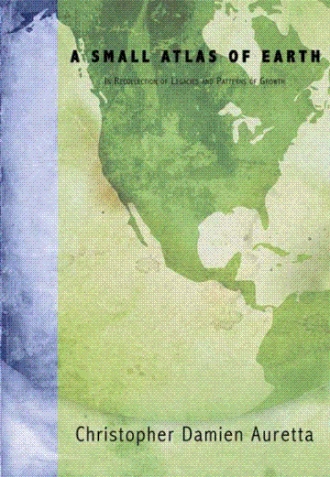 A Small Atlas of Earth, In Recollection of Legacies and Patterns of Growth

Take five grains of sand. Consider for a moment their anonymous, inhuman condition.

To the first one, give it hands, speech and face. Let the day rise and fall on your imaginary embrace. Then let the wind carry it away. You have recreated life on earth.

Write your name on the second grain. Then swallow it. You’ve created inconceivable appetite: now mineral now carbon. You have signed your fate.

Take the third grain and throw it away. You have discovered something new about loss.

Of the last two grains of sand, choose the one that’s most jagged. Place it on your eye then blink. You have never seen so well.

Carry the last grain in your pocket. It’s the last one so it’s homeless and incomplete. Let it stay there for as long as you live.

Soon it will weigh more than you.

… waiting for this manner of speaking, wanting this manner of breathing on earth. Sometimes I see the city in flames. They incinerate neither dwellings nor flesh: they suffocate habit and impregnate natural light. Sometimes thought’s a vision that augurs change.

I believed eros was earth’s law, the glowing fleece of a body in flight, the body orbiting around its own luminous debris. Your fingers in a pool of blood I once called me.

Today language is on fire and the night is cool.

Christopher Damien Auretta is the author of essays on the Nobel Prize-winning chemist and poet Roald Hoffmann, Primo Levi, as well as on three major modern Portuguese poets, Fernando Pessoa, António Gedeão and Jorge de Sena. In addition, he has several translation projects (Portuguese/English and English/Portuguese) presently underway. He resides in Portugal.