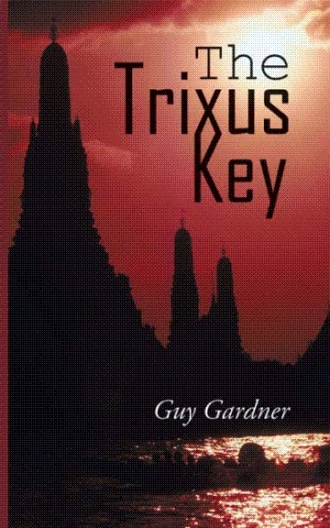 "It was a strange creature, but somehow not threatening, although Sarah wasn’t sure if she would have reached the same conclusion had she been travelling alone.

It began to speak to Gavin in a series of clicks and creaking sounds. Sarah had experienced many strange events that day which she could not explain, and part of her was insisting she mind her own business and stay where she was. But she couldn’t shake the feeling that this creature had sought them out, and besides she didn’t want to hide behind Gavin like a frightened little girl.

She mustered the courage and strode around Gavin with Alphonsius at her side to face the creature. She was excited and thrilled as it nodded in her direction, whether in acknowledgement for her bravery or in greeting she couldn’t tell."

“I do not believe the fact you are here is an accident. There are prophecies that circulate among the Saragians, and indeed quietly throughout Ald, which speak of one who will find the flame to light the darkness”.

Sarah of Sheil travels to the mysterious training , only to discover the one time great school of magic has declined. Initially despondent, she has a vision through an ancient magical staff of how the Ak-Tar could be again. After learning of a growing threat in the east, Sarah and her friends go on a quest to find the Trixus key; something that the growing powers of evil would destroy worlds to obtain.

Born in , in 1975. Guy first studied music at Dartington College of Arts, and later trained as a teacher. He also worked and still works, as a jazz pianist having recorded two albums. He began writing about Ald in January 07 and hasn’t stopped since. The Trixus Key is the first book in the Questar series.