The Saga of The Ozark Mountain Daredevils 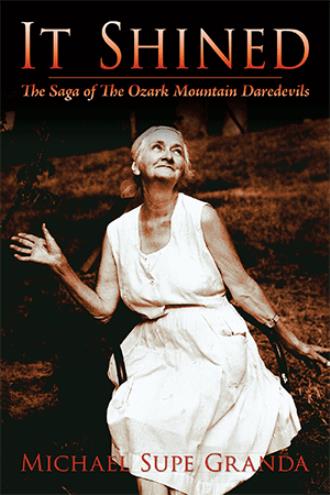 Headley Grange, our “home for the month,” would not be available until Sunday. Studio time at Olympic didn’t begin until Monday. We were afforded—just as we were in New York—a couple of unencumbered days to see the sights, visit the A&M offices and try not to step out in front of oncoming cars.

As we checked into the hotel, all we could think about was food. After just tossing our bags into our rooms, Donald whisked us right back into the night and off to the Speakeasy. They served food late. To us, it wasn’t late.

The basement room—a notorious hangout for the British rock scene—was already in full swing by the time we walked in. The place was filled with smoke and flashing lights, as pub rockers, Ace were taking the stage for their final set. The dance floor filled with stoned people, including Pete Townshend, stoned to the gills and oblivious to everyone and everything around him.

John sets the tone, “There were all these really hip English, folks all over the place. This was obviously the hippest place in town—and it was open after hours. After all the other pubs closed, if you had a membership, or knew somebody at the door, you could get into the Speakeasy.”

Donald told stories of the ale’s vivid myths and colorful history. When it was delivered, we carved our initials into the foam. As the level of the liquid lowered, this identification remained in the head of that crazy little thing call Guinness. As mug after mug disappeared, I fell in love with the stuff—just like I did with sake.

Dinner took quite a while to arrive, its delay causing one round of drinks to turn into several rounds of drinks. Members of the A&M staff dropped by to introduce themselves. We found out that they liked to drink and dance as much as we did. With each pint, the laughter grew. With each quart, it turned to cackling.

As we waited on our food, everyone recognized the self-detonating Townshend—who had neared our table. Once again, John picks up the story: “I was on the end of this long table and a guy walked by. I knew it was Pete Townshend, because I’d seen him hovering around different parts of the restaurant all night. When he passed, I said, ‘Excuse me. Are you the waiter?’

“He turned around and replied, ‘Well, I AM waiting.’

“I said, ‘Oh, good. What are you waiting for—the beginning or the end?’

“He sort of got sullen, and said, ‘I’m waiting for the end … So, what are you waiting for?’

“I said, ‘I’m waiting for the beginning.’ He turned around and yelled into the room, ‘Hey. This bloke missed the beginning.’ I remember that you and Cash were in shock. I mean, here’s Pete Townshend and we’re having this very strange conversation, after being in for only a couple of hours. He mumbled a few more things. Then, he stumbled off. There was no confrontation. It was just a completely absurd exchange with one of the greatest guitar players in the worl 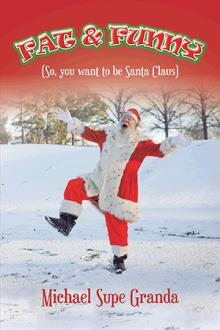 As the turbulent 60’s began to fade into the calmer 70’s, a coterie of young singers, songwriters, musicians, artists, and poets began to congregate, musically on the stage of The New Bijou Theater - the Springfield, Missouri nightclub that would become the loose-knit group’s home. What started as an informal weekly gathering, quickly morphed into a formal band. Dubbed the Family Tree, they became a favorite of the local counter-culture, as well as a continuation of the tradition-rich, Springfield music scene - which, until recently, included the Ozark Jubilee (the nation’s first televised country music show). Though unprofitable at the time, they stuck to their guns and their original songs. When a rough tape of an early Bijou gig caught the ear of music mogul, John Hammond, it culminated in a 26-song studio demo, which caught the ear of A&M executive, David Anderle. The group signed with the label, changed their name to its present moniker, and whisked off to London to record their debut album under the tutelage of Glyn Johns. The album contained “If You Want to Get to Heaven”. Their subsequent album, recorded in rural Missouri, contained “Jackie Blue”. Both songs remain staples on ‘classic rock’ radio. By the early 80’s, the Ozark Mountain Daredevils found themselves right where the Family Tree had stood a decade before - in Springfield with no record deal. They did, though, find themselves with legions of loyal fans around the world. Amidst personnel changes, personal turmoils and a cornucopia of tales from the rock-n-roll highway, the next twenty years were spent ‘on the road’. Though continuing to write, they could garner little interest among the rapidly modernizing music industry - a situation many long-haired, long-named hippie bands of the 70’s find themselves in. Their music, though, lives in the hearts of their fans.

“Writing is writing,” claims St. Louis native, Michael Supe Granda, “whether it’s a two-line poem, a three-minute pop song, or a five-hundred page book. The process is the same. Writing a book, though, is much harder and takes a lot, lot longer.” Along with having his songs recorded by luminaries, such as Chet Atkins, Augie Meyers, Walter Egan and Billy Bremner, Supe has finally put pen to paper to chronicle the thirty-seven year career of his band, the Ozark Mtn. Daredevils.

This isn’t the first time his words have found their way into print. Throughout the 80’s and 90’s, he wrote numerous essays about music, politics and baseball, which found their way into books and periodicals. His account of his foray into the political arena - when he ran for the Missouri House of Representative in 1990 - found its way into Dave Marsh’s book, “50 Ways to Fight Censorship”. His musical musings found their way into the Springfield News-Leader, the St. Louis Post-Dispatch, and the Nashville Scene. His off-beat views on baseball found their way into several official magazines of the St Louis Cardinals.

“I figured that if I could string thirty, or so, 1,500 word essays about the band together, I could shape them into a book.” Thus, ‘It Shined’.

In 1964, after seeing the Beatles on the Ed Sullivan Show, he traded in his boyhood dreams of baseball gloves for an adolescent guitar and a serious case of rock ‘n’ roll tunnel vision. At the end of the 1960s, he aimed his life to Springfield, Missouri, where he would meet and help form the Daredevils. At the beginning of the 90’s, he relocated his life to Nashville, where he continues to write and record his songs, run his record label and publishing company.