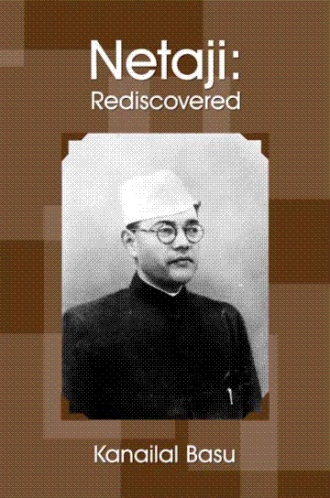 Very few world leaders have inspired the writing of so many books and articles as Netaji Subhas Chandra Bose. Yet this great outpouring has been, and still is, treated as light and trivial. A well-known editor, motivated by the desire to belittle Netaji, commented to the writer that, had not Netaji’s end been shrouded in mystery he would not have been the subject of so much writing. The argument rings hollow. Many of Tom, Dick and Harry have disappeared from the world without a whimper. Subhas Chandra Bose’s disappearance caused an explosion, a furore. Hence the mystery. Hence the great volume of writing. Much of it may not have serious probative value, though facts often take recourse to fiction to establish veracity. In spite of such voluminous writing on Netaji, why has the present author taken up his pen to write yet another book on Netaji? There are six reasons for doing so: His admiration – being an ardent admirer of Netaji, this book is an offering of homage to the great leader on his hundredth birthday.

His anguish (which very likely is shared by many others) – that Subhas Chandra, a victim of conspiracy, has been deliberately humiliated and insulted both at home and abroad, and especially at home. No explanation has been offered for denying this peerless leader his rightful place and status. Hence the anguish. The book is the resultant protest. An inadequate evaluation – the envy and grudges of some people have prevented a proper evaluation of Netaji the man, his far reaching impact and the greatness of his contributions. Objectivity is necessary for proper evaluation. The author intends to demonstrate the lack of this objectivity in his book.

A lack of analysis – No critical analysis of Netaji’s place in history has been seriously attempted. This book endeavours to do that. Many of the views expressed here may be contentious and even unpleasant. The author leaves it to the discretion of the readers to either agree or disagree.

Distorted facts – the Indian National Congress has created the impression that freedom was achieved only through the non-violent movement of Mahatma Gandhi. While admitting Gandhiji’s great contribution to the freedom struggle one should not ignore the invaluable role, played by Netaji too. This vital truth has been deliberately misrepresented and needs to be placed in a proper perspective.

For future generations – the writer endeavours to inform the generations yet to come about the actual state of affairs. If the book generates and satisfies their curiosity about the truth the writer shall consider his efforts to have been amply rewarded. The author’s considered opinion is that gained freedom mainly due to three factors. First Gandhiji. He kindled political awareness among the people and led them to participate in mass movements, with the liberation of the country as the sole aim. Second, the international scenario (1939). Had not been confronted with the problems with her involvement in the Second World War, she might not have felt it imperative to leave . Third Netaji. The disastrous international situation in the context of World War II gave Netaji and his Azad Hind Army, the opportunity to strike at at a vulnerable moment. Realising that time was against them, the British Government decided to leave . But before departing, the cunning British administration indulged in their last mischief. In their haste to grab power, the Indian political leaders of the day fell into their trap. The country was fragmented into and . Subhas Chandra who was abroad had repeatedly requested the Indian leaders not to accept the Cripps proposals. But their self-interest prevented them from assenting to his appeal. Even the ineffectual protests of Gandhiji did not deter the nation from being partitioned. 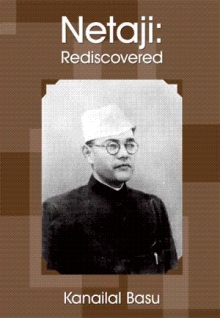 A book written exclusively on Subhas Chandra Bose - his family, education, political life, and his struggle for Indian freedom. Readers will find it interesting to know his adventurous submarine journey from to which is unparallel in the World history. The facts of establishing the Provisional Azad Hind Government recognised by nine sovereign states of the world and also the formation of Indian National Army by him to fight against the British is no less interesting. His mysterious disappearance and the fake story of his death in an air crash still remain unanswered.

The Government of India tried thrice in 1956, 1970 and in 1999 to solve the Netaji’s mysterious disappearance by setting up committees or commissions but the mystery remains. This is something unique in World history.

Shah Nawaz Committee (1956) and Khosla Commission (1970) set up by the Government of India reported that Netaji died in an air crash in Taihoku, Taipei, on August 18, 1945. But Justice Mukherjee Commission (1999) opined that there was no such air crash at all.

The chapter ‘Unforgettable Past’ has added special importance to the book. It is a chronology of events in Netaji’s life and activities.

Youngest son of Late Jnanendranath Basu and Late Bejoyabala Basu, Kanailal Basu was born in in August 1922. He graduated from the in 1943. Under the guidance of his uncle Late Suresh Ch. Mazumdar, a founder of the Ananda Bazar Group of Publications, he joined Ananda Bazar Patrika as a journalist in 1948. Basu contributed a great number of articles in Ananda Bazar Patrika, Hindusthan Standard, Desh (weekly) and other publications. His first Bengali book Noakhalir Patabhumikay Gandhiji was published in 1946. Since then he has published several books. A freedom fighter, he was imprisoned and tortured by the British police.