Skylore from Planet Earth: stories from around the world...Milky Way 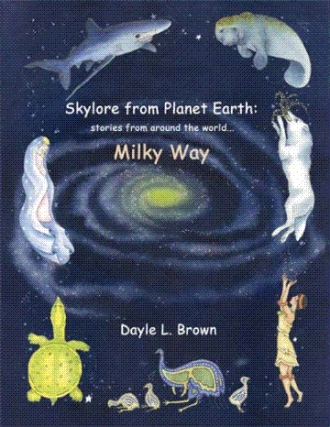 Page 2: “Torrent of light and river of the air, Along whose bed the glimmering stars are seen Like gold and silver sands in some ravine Where mountain streams have left their channels bare!” from “The Galaxy” by Henry Wadsworth Longfellow Looking into a dark starry night sky, we can see a band of delicate glowing light. This band of light seems to circle our world. The Milky Way galaxy is our home in the universe. It is a disc of hundreds of billions of stars in a barred spiral shape. Seen below the Milky Way are two small irregular galaxies, the Large and Small Magellanic Clouds. These can be seen by people living in the Southern Hemisphere. They are the closest galaxies to our own. Our sun is one of the stars in the Milky Way. Our solar system is located about two-thirds of the way out from the center along one of the spiral arms. On starry nights in December, January, & February, our view is outward, away from the center of the galaxy. In this direction the Milky Way is not very bright. In June, July, and August we look inward, toward the galaxy’s center. The constellation Sagittarius points the way. At this time of year the Milky Way is brighter and more easily seen. Ancient people from all cultures had a better view of the Milky Way than we do today. Their skies were clear and dark. Read on to discover ancient stories from around the world about this band of shimmering light. Page 28: “Foolish Fox” (Inca, Peru) It was time for the yearly cleaning of the irrigation canal. All of the animals formed a cleaning party. Fox insisted on being the leader. He went on ahead. Up the mountain to the source of the irrigation canal he led the party of workers. First went fox, followed by the snake, the toad, the tinamou, and the llama with her calf. The tinamou, a partridge-like bird, was a nervous fellow. Without warning he flew up into the air crying, “Pisc! Pisc!” Poor fox was so startled that he yelped, “Huac!” and fell down the mountainside. This was not the behavior of a brave leader! The other animals laughed at fox, and the great anaconda took the lead. Fox was left to bring up the rear of the party as it made its way up the mountain. * * * In the brilliant Milky Way of the southern Hemisphere, dark patches of interstellar dust are seen as “Dark Cloud Constellations”, or “Black Constellations”. The bright stars Alpha and Beta Centauri are known as the Llama’s eyes. Can you find all of the characters in the story illustrated in the Milky Way? 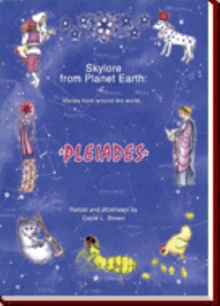 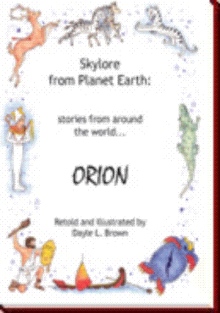 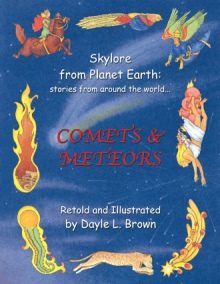 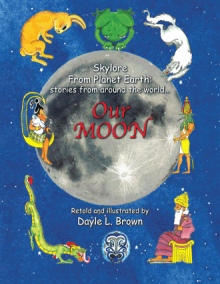 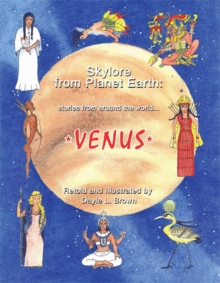 The starry night sky has always filled us with wonder. Down through the ages we have looked to the skies and have seen images of our heroes, gods, and monsters. Storytellers have illustrated their mythologies and legends with it, passing on to future generations the customs of their people. Many of these stories have survived to the present. In this Skylore from Planet Earth we explore some of the stories about our galaxy, THE MILKY WAY. People from the entire planet have looked to it for a reminder of their own traditions. Fifteen richly illustrated stories take the reader on a trip around the world, giving a glimpse into the histories and cultures of the planet’s early civilizations. Six books in this series will feature other sky phenomena as seen from early cultures around the world. Read stories about the constellation ORION and the star cluster PLEIADES (both available now); and the planet VENUS, the SUN, and the MOON (coming soon). Publifation of MILKY WAY was made possible, in part, with the support of the Indiana Arts Commission, and the the National Endowment for the Arts, a federal agency.

About the Author During her over thirty years of teaching, Dayle Brown specialized in planetarium education, finding that a planetarium is the perfect classroom for teaching astronomy related subjects. She discovered that storytelling becomes even more magical while gazing up at a starry sky. Storytelling is a wonderful way to introduce children to past and present cultures of the world. In 1993 and 1994 Ms. Brown served as co-director of NSF Leadership Institutes in astronomy and space science, and in 2001 was a writer for Indiana Science Curriculum Frameworks Document. As the owner/director of Pegasus Productions, Ms. Brown provides astronomy related presentations to schools and the public. She presents papers and workshops on planetarium education and storytelling under the stars at professional conferences. Ms. Brown left the classroom to continue her work as a planetarium educator and to pursue her love of art. Her award winning watercolor paintings have shown in area museums and galleries. Ms. Brown lives with her husband, David Piser, in South Bend, IN. They enjoy traveling together and spending time with their children and grandchildren.