(Secrets of the Snook Whisperer)

by Sloane Golden - The Existential Angler 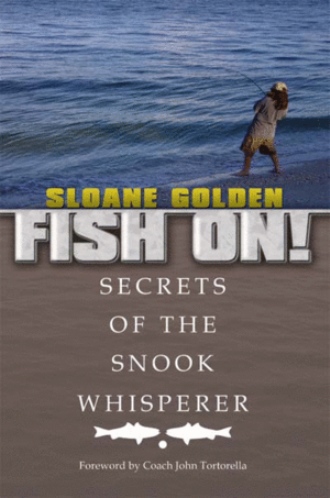 "...He was an old salt, a ragged sort of fishing bum, someone you would not look at twice in public, yet there was an air about him, a quiet confidence to his bearing, which belied his shoddy appearance...not a swagger exactly, more of a presence.

His filthy denim shirt, open to the waist, is  faded to a robin's egg blue; his shorts, stained with blood, hang off his lean, spare frame, except for a small gut, at odds with the rest of him.

His brown arms, deeply veined and stained the color of tobacco by the sun, stick out from under a grimy black T-shirt with the faded logo of a heavy metal band; his face deeply tanned and lined, is gaunt and salt-silvered like his wisp of a beard, but his eyes are bright blue as the blue ocean itself, with the rough edge of an undertow, darkening his glance like a storm at sea...

...It is said by the sages of old that, if you pursue your dream long enough, with passion and with unswerving devotion, that when you are ready, a guide will miraculously appear, though not always as expected.

This was no well-appointed fisherman stepping forth from the pages of a slick fishing magazine with all the fashionably correct gear and suitible clothing--he didn't even have a tackle box--this was a master fisherman with blood on his hands and fish scales on his ragged cut-offs, a razor-sharp knife in his back pocket, to filet the fish he caught on the spot for dinner, and a strange knowing smile, which seemed to suggest he was not what at first he appeared to be.

Of course, I completely ignored him. Then he does something completely strange..." 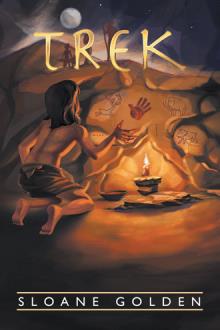 What are the secrets most fishermen miss right under their noses, which if they only knew, would instantly improve their chances of becoming the "lucky" 20% who catch all the fish, the fortunate few who know how to turn their dreams into reality? FISH ON! (SECRETS OF THE SNOOK WHISPERER) is more than a fishing guide-book, it is a guide to living, to catching big fish and landing bigger dreams. Fish On, tells the story of how author and columnist, Sloane Golden, was taken under the wing of a master fisherman from Key West--"The Snook Whisperer," and of the life-changing lessons learned... "Sloane Golden...in his book, Fish On, shows the fisherman how to dream big and catch big fish. But the book is about more than fishing, however; it's about the test of character, something every winner must have."  -Foreward, Coach John Tortorella, Stanley Cup winner and Head Coach, Tampa Bay Lightning.

Sloane Golden's work has appeared in newspapers, magazines and journals. As a professional writer/lecturer, and part-time  fishing guide, Mr. Golden motivates and inspires people to pursue their biggest dreams. Golden publishes a monthly fishing column under the by-line: The Existential Angler. He has optioned three screenplays in New York and Hollywood, including "CRY OF LOVE," a feature film-bio, about Jimi Hendix. This is Mr. Golden's first book in a future fishing book series-Fish on!