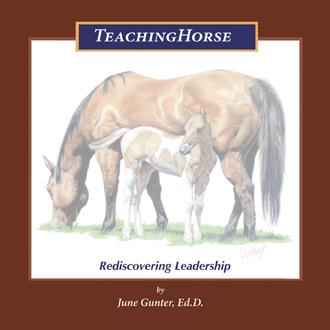 Recently we adopted three American wild horses from the Return to Freedom Wild Horse Sanctuary.  Their names are Lucky, Dream, and Hope.  They are brother and sisters of a herd originating from , and were sired by the same stallion.  All three horses were born in 2001, so they are now six years old.  In my studies of horses, I have read a great deal about herd dynamics, but there is nothing like observing them firsthand.  My first day with these three amazing creatures was life-changing.

On a magnificent, clear spring morning, I watched the little herd move around its new pasture.  It looked almost like a team of trick horses moving in synchronized motion.  The sight caught me off guard, because my domesticated herd of three has never moved that way.  Yani, Rocky, and Harley travel together, but they do not move together.  This little wild herd moves like it is one body.  Clearly, they are of one mind and one heart, even with their already detectable, adorable individual uniqueness and personalities.

Dream, a red roan with a long and flowing rich red mane, is the lead mare.  This fact became apparent in the first few minutes of their arrival.  When we led them from the trailer into their new home, Dream galloped the perimeter of the pasture as Lucky, her brother, and Hope, her sister, stayed close behind, following her every cue.  You could immediately see her masterful ability to pay attention with her eyes and entire body.  Dream was completely in the moment and she could see, hear, and feel with an intensity I can only imagine.  Her direction was clear and her energy was focused.  Hope and Lucky followed her without doubt or question.  Their sense of confidence in her leadership was palpable.

Shortly afterward, Dream made her way to the fence line where my herd was waiting to greet the new arrivals.  Dream went to greet Rocky, nose-to-nose.  Their love at first sight was quickly interrupted by Lucky.  Lucky ran in front of Dream and placed his full body between Rocky and the fence separating them from each other.  It was almost as if he was saying, “Hey, that’s my sister!  Back off!”  Dream graciously allowed her little brother’s protection, but at the same time continued to stretch out her nose to Rocky.  Their eyes never left each other.  I was mesmerized.

This book is a chronicle of my journey toward discovering what horses have to teach us about leadership and living in a community.  We are at a time in our history in which the word "lead" has become the latest four-letter word.  These days being a leader is seen as an all consuming, often thankless job.

It was the love of a horse that inspired me to rediscover what leadership is really all about.  As you read this book, you will be taken on a very personal journey by many gifted horse teachers who invite you to rediscover what the word "lead" means to you.

Dr. June Gunter has twenty-one years experience working as an educator and leadership development consultant.  Her mission is to bring horses and people together to discover more effective ways of leading and creating healthy communities.  June holds a Doctor of Education degree in the field of Adult Learning from .  June attributes many of the lessons she learned about being a teacher and a leader to the horses she has loved from childhood through today.  She is a Strozzi Ranch Certified Equine Guided Educator. In 2004, June founded TeachingHorse LLC.

June is one of the co-founders of EGEA (Equine Guided Education Association) . She is a professional educator committed to embodying the highest standards of adult learning. One of her lifelong goals is to contribute to the field of education by developing innovative ways to engage adults in continuous learning.  June is also a certified board member on the Commission for Certification of Equine Facilitated Interaction Professionals (CEFIP).

TeachingHorse provides leadership development workshops and individual coaching with horses.  Participants in our workshops experience a new model of leadership based on the skills and abilities that lead mares use to lead their herds.  Clients include business, community and family leaders, as well as, people who want to improve their relationship with their horses.

Visit the website at TeachingHorse.com.  For more information email junegunter@teachinghorse.com