A Trilogy of the Spirit 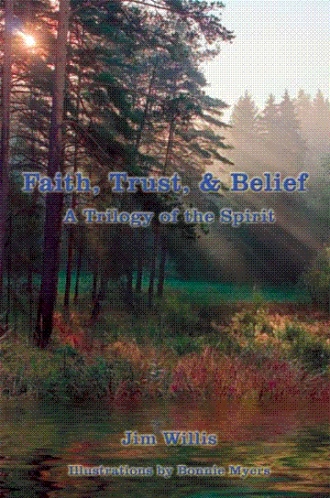 The twentieth century witnessed an onslaught of epic proportions launched against the bastions of traditional faith. Science seemed to erode the need for an outside force that created and sustains life. High-profile ministers and spiritual leaders were proven false, both in what they preached and in how they conducted their lives away from TV cameras. Politicians were tried and found wanting. Historians undermined national and international icons by “rewriting” history. The Bible, long understood to be “the only infallible rule of faith and practice,” ceased to be viewed by academics in the same way it used to be. “What did Jesus really say?” was replaced by, “Was there really an historical Jesus?”

That this onslaught has reached epic proportions can be seen in the surge of fundamentalist religion on the one hand and liberal spokesmen for science on the other. The “faithful” seem to have gathered at opposite poles of right and left, conservative and liberal, believer and atheist, New Age and “old-time religion,” there to hunker down behind ideological bunkers so as to hurl verbal bombs at the perceived enemy on the other side of the cultural divide.

What is left to believe in? Can we believe in anything? Is the answer in the “either/or”—either there is something true and real in which to place our faith or life is merely a cosmic accident to be survived?

What is left to believe in? The question is plastered all over the faces of sullen pop music icons who stare at the camera with blank expressions.

What is left to believe in? There was plenty of advanced warning. As usual, the artists among us saw it coming. Jackson Pollock and William de Kooning produced abstract art that ceased even trying to imitate normally perceived reality. Musicians as far removed as Igor Stravinsky and the Beatles resisted any attempt to be corralled within traditionally accepted forms.

What is left to believe in? Arthur Miller’s Death of a Salesman and A Streetcar Named Desire made no attempt to make people feel good when they left the theater. Instead, art imitated life. epitomized the breakdown of faith. Bonnie and Clyde, The Graduate, Easy Rider, Midnight Cowboy, The Last Picture Show, The Godfather, and many more movies that followed scrapped the idea of “happily ever after.”

What is left to believe in? Bumper stickers that proclaimed, “I’m spending my child’s inheritance!” implied there wasn’t going to be much of a future for younger generations. The earth seems to be polluted beyond recovery. Wars and rumors of war fill the headlines. After all, if we’ve already experienced, in the television journalist Tom Brokaw’s words, “the greatest generation,” what’s left for the rest of us?

Into this miasma of befuddled consciousness, do we dare insert the words “faith, trust, and belief”? Are they relevant anymore? What does this trilogy of interrelated concepts have to do with the so-called outdated idea of the Spiritual, the Other, or that which is Greater Than Ourselves?

What is left to believe in? Just this. We may call ourselves believers, atheists, or agnostics. We may follow the precepts of Jesus, Moses, Muhammad, or the Buddha. We may believe in luck or predestination. We may place our trust in science or serendipity. But whenever we seriously contemplate the mystical “Something” that seems to exist just beyond the boundary—a little farther than we can see, understand, or reach but tantalizingly close - we grow hopeful. 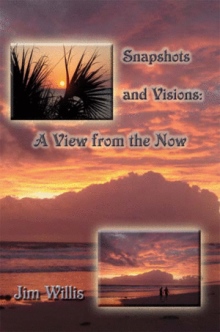 With the world changing so rapidly in the 21st century, what is there left to believe in?  Do traditional religions, science and philosophy still have anything left to offer - something that promises measurable hope?  Are the words "faith," "trust" and "belief" still meaningful?  Rev. Jim Willis believes that the next thrust of human evolution needs to be in the realm of the spirit; the human heart.  He puts forth the argument that this step is natural and to be expected, because humankind is growing into a potential inherent since the beginnings of consciousness.

Jim Willis is one of America’s leading students when it comes to understanding human behavior and the challenges that arise when confronting life’s many changes of direction. After graduating from the prestigious Eastman School of Music in Rochester, New York, he became a high school band and orchestra teacher during the week, a symphony trombonist on the weekends, a jazz musician at night and a choral conductor on Sunday mornings. The author of four books on religion and spirituality, he has served as an ordained minister for over thirty five years, counseling people who have spiritual and emotional needs. He is currently the senior pastor of a Protestant church in Florida and the Director and Human Advisor for the Over60Exchange.  Along the way he has been a woodworker and handyman, the host of his own drive-time radio show, an arts council director and adjunct college professor in the fields of Comparative Religion and Instrumental Music. His love for long-distance bicycling led him to make several cross-country bike trips and inspired his first book, "Journey Home: the inner life of a long distance bicycle rider," which deals with confronting life’s changes.

With Barbara Willis: "Armageddon Now: The End of the World A to Z" (Detroit, MI: Visible Ink Press, 2006)