Describing the origins of faith and religion, and including 'The Hypothesis' 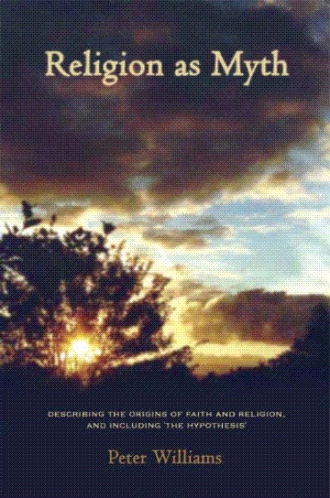 Two hundred and fifty million years ago, the world died. A combination of catastrophic events combined to produce a cataclysm that brought about the demise of ninety-five percent of all life on earth.

The first step in this chain of events was a volcanic eruption of gigantic proportions. Probably initiated by the impact of a huge meteor in the area of earth we call Siberia, it generated sufficient force to split the surface of the earth over some thousands of miles. A lava flow known as a 'Basaltic Flow', which lasted for at least a million years, started along the fissure. The original meteor impact site is lost beneath a lava field  covering thousands of square miles many metres thick.

Countless tons of greenhouse gasses entered the atmosphere during the period this volcano erupted, bringing about a rise in the earth's surface temperature of five degrees Centigrade.

We all view the world from the individual stance we assume as a result of our social status, education, and culture. None of us can see the whole picture at any one time, for our minds are not constructed for that purpose. Each time we look at a particular facet of any problem, we do so from the position dictated by the ever changing requirements of our lives.

This book begins at the time when the first gene packages that were destined to become humankind developed awareness, and thereafter traces the origins of faith and religion as it evolved through abuse and abusiveness into the monolithic confidence trick it presents to humankind today.

I began my research into Religion as Myth some 27 years ago, and it has coloured my life since that beginning dramatically. The result of that research, this book, demonstrates my concern for humanity and its future.

The fact that it has taken me so long to reach this stage is because of my other interests: Golf, Science fiction, detective stories, and Short story writing embodying all three genre.

I am a long standing member of a Cornish Writer's Group, and have self-published two books of short stories.