King of the Peds 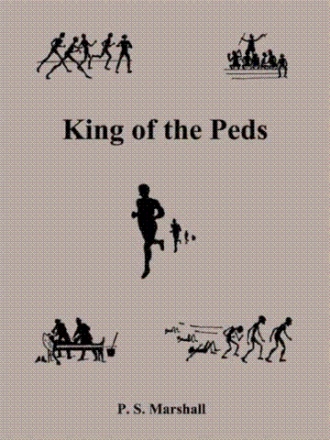 Weston, who was a fervent “anti-tobacconist,” and hated the smoky atmospheres he performed in, remonstrated with some members of the public who were puffing away at their pipes. He would later go on to make 77 miles by 15:00, 90 miles by seven o’clock, and make his century in a time of 23h.30m.35s after which he bowed to the crowd who applauded the feat. Calling to his attendants, he asked them to bring him his starting uniform. As he walked along, they supplied him with his velvet jacket, which he put on, his blue silk sash, which he draped over the jacket, and his white kid gloves which he put over his hands. After grasping hold of his riding crop, he was then handed the icing on the cake, his famous white hat, which he plonked on his head, much to the delight of many in the audience who couldn’t help themselves as they climbed the fence to join him on he track where they chased after him for a couple of laps.

Indeed, Campana was now becoming the object of much ridicule from some sections of the crowd. Many taunted him, hoping he would “answer back” as he had done the night before when he had punched someone in the crowd for the awful remarks they were making at him. At one stage, he took off his cap to show off his bald head, provoking many to poke more fun at him. It was a wonder that “Sport” hadn’t thrown in the towel already, and the fact that he still stood was attributed to the patient and tender handling of Aaron, who bathed him frequently and built him up with “champagne and a generous diet.” At least Aaron was interested in Campana’s welfare; his backers only appeared interested in whether or not he could make 450 miles to cover their losses on his stake and a quarter of the gate receipts.

During the day, and watched by a packed Rink, the men on the track received many “tokens of appreciation,” with Littlewood receiving a $20 gold piece, the giver or givers of such a present, not mentioned. Noremac received some flowers, wine, and a new silk cap; whilst Elson was observed to be more than happy with the “handsome gold headed cane” that had been presented to him, his face beaming with appreciative delight. 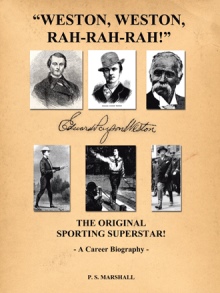 Famous sporting personalities have been around for a long time. However, few will be aware that during the 1870’s and 1880’s, professional pedestrians or “peds” as they were fondly referred to, competed against each other in gruelling races for up to six days - and nights - on indoor sawdust tracks, getting just a few hours rest per day in makeshift huts beside the track, literally “eating on the trot” and undergoing tremendous hardships, all in the name of sport…

This book provides a fascinating insight into this hugely popular 19th century sport where massive amounts of prize money, a share of the gate receipts, and dazzling ornamental gold belts, were offered to successful athletes by ruthless promoters who made lucrative livings from the thousands of people who flocked to see them perform.

You will journey into a world where men competed in appalling conditions, but exhibited unbelievable courage. This is a world which attracted the likes of to take each other on in front of thousands of screaming fans.

After considering all the evidence, I invite you the reader to decide who deserves to be crowned…………King of the Peds

I presently live in ,

Before writing the book, I had only ever heard about one of the candidates for the title of King of the Peds. As I delved deeper into his career, and as I researched about the history of the sport of professional pedestrianism, I quickly realized that this was a story that had to be told in as much detail as possible. Consequently, and in the last four years, I have devoted much of my time in unravelling the facts and revealing the faces behind those facts to tell what I believe is the most amazing story.