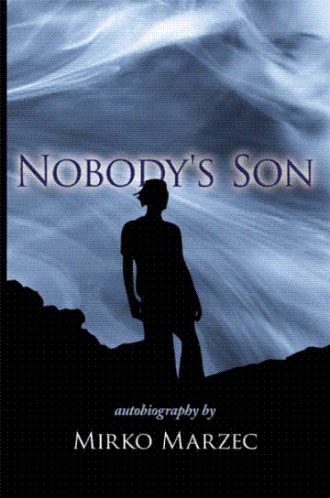 I knew from the day I was born, or after they baptised me and gave me my name Mirko, (which wasn’t in the Calendar).  Also, the birth was a bit a la Gypsy rituals. They cut my umbilical cord, any how, which was a mark for everybody to see and wonder.  What is this?  Sticking out and pointing at it with a finger, of course, mostly children.  A gypsy woman threw some water over my head, which she got from the well in the garden or small field.  I knew I was doomed, slowly, for a miserable youth and prime adult life.  Or, shall I say, existence only.

The parents whom I never saw and therefore I do not remember them.  So what?  Sad of course not to remember something nice or happy, perhaps I am not sad, just deeply bewildered with horror, just to think about it deeply.  Sometimes I just don’t believe it.

The gathering of rumours in hiding made me believe the father was a Russian solder from occupied .  But it became Free Poland in 1924, the Curzon line agreement etc.  My mother must have been very unhappy; she must have received the big knocks from left and right.  Her side they say, were rich and didn’t approve of their relations, so what?  But there was me in the middle.

The mother married or had a child with a man with little education, culture, a mineworker and a drunkard, just like all miners.  It was the nine regions called , which the Germans started to call Volkdeutchsland.  Lord Curzon made it and so Polish I became.  I called this branded Polish.

This is the true story of a boy born of a wealthy aristocratic women and who's father was believed to be a Russian soldier.

Born in Volksdeutchsland, which later became Poland by decree of Lord Curzon in 1924, the author and main character of the book, led a fascinating if not dangerous life.

Dragged around Europe and educated by the catholic church, he eventually escaped only to end up at 14 years of age working for the occupying German army as a mineworker in a forced labour camp. During which time he lost four fingers on his left hand.

After many attempts to escape he managed eventually to get to the  UK where he was recruited into British Intelligence and sent back to mainland Eurpope to spy on the Germans. In return for these services at the end of hostilities, Mirko was made a British subject and allowed to work in Great Britain

After the war he met his beloved wife Merce, a Catalan and over the next 40 years had many working roles in Britain and a life in Catalunya on the Costa Brava, in which time  he made many friends and had many experiences which are re-told in this fascinating true story.

Mirko today lives out his retirement with his companion Violetta in a listed cottage on the Costa Brava surrounded by artworks by Miro; Dahli and many other local artists, but that's another story!

Enjoy this remakable mans own true story written in his own hand, in a language he taught himself, without schooling or assistance.

You'll be captivated and probably moved to tears!

An intriguing man, who's life has been full of trauma and danger and yet when you meet him his smile is infectious.

Mirko is a gentleman who carries his burdens well and has kept his secrets to himself locked inside his head and heart for over 50 years, until now that is, as he shares his sorrows and joy's with you!

Now an elderly man by age but still young at heart, cheerful and positive.

Mirko now lives a quiet life on the Costa Brava, Spain with his companion Violetta who specialises in cooking his favourite dishes.