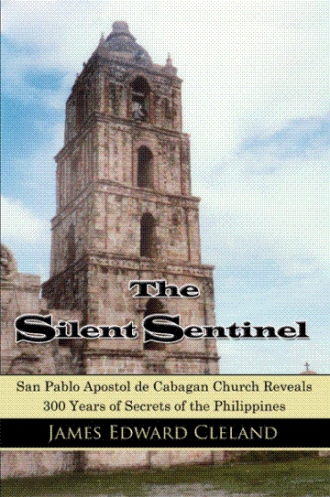 In the far northern province of Isabela, in the island archipelago known as the Philippines, a cultural link to the eighteenth century Spanish past of this island nation is about to be made ready for its entrance into the twenty-first century. A story of a nation and its inexorable fight for independence is intertwined around the story of an old adobe-and-stone church. This old church is located in a much older country. The name of the country in which it was built comes from the sixteenth century Spanish king, Philip II, and the name of the province within the country comes from the nineteenth century Spanish queen, Isabella II. Spain sailed to this former Malay and Chinese-influenced island group to begin the serious business of building a nation. This land would first be, to the Spanish empire builders, a colony to exploit. However, exploitation was, to a degree, regulated by another, and more serious task-at-hand—at least as it concerned its king—the salvation of countless souls in the name of the Roman Catholic Church which, if realized, might account for the salvation of one soul, that of the king of Spain, himself. Concerning the birth of the Philippines as a unified country, the pen was, indeed, mightier than the sword. Perhaps it should be said with the strokes of three pens. When Pope Alexander VI completed writing his papal bull, Among Other Things (Inter caetera) on May 4, 1493, the fate of what is today the Philippines, fell to the crown of Spain. This bull also necessitated the introduction and spreading of the Roman Catholic faith there. Another bull, written eight years after Among Other Things—the bull of November 16, 1501—elaborated on this theme. It was the obligation to create churches, provide for the appointment of rectors, and to meet the needs of the Roman Catholic liturgy—out of the funds of the king of Spain. A third document—also a papal bull—Of the Universal Church, (Universalis ecclesiae, July 28, 1508) was written by Alexander VI’s successor, the famous Pope Julius II. He was the pope who kowtowed the reluctant Michelangelo into painting the Sistine Chapel. Nevertheless, he allowed for the Castilian Crown absolute patronage over all of the churches (both those existing, as well as those yet to be founded) in what is today known as the Philippines. It will be posited, for the purposes of this manuscript, that the renovation of this church is good, even though a look into Spanish colonialism reopens old and painful wounds for some people of the Philippines—a perceived loss of identity and loss of self-determination. After all, the most famous of all Philippine freedom fighters, Dr. Jose Rizal, stated, “I am most anxious for liberties for our country, but I place as a prior condition the education of the people so that our country may have an individuality of its own and make itself worthy of liberties.” The late author and civic spokeswoman for Manila and the Philippines, Morilla Maria Norton, with great precision, defined this painful condition at the beginning of the twentieth century. At length, she quoted a friend, Senor Pardo de Tavera, who was talking about a lack of a national Philippine coherency in its art: “ ‘The great fault has been a lack of solid base of study and so the adaptation and introduction of differing styles, without proper consideration of their appropriateness. The reunion of forty musicians each playing a separate tune does not make an orchestra, so many exotic importations do not make, massed together, a symmetrical object of art. We see this also illustrated in the minor arts as in embroidery, where they have adopted the European models and show but little originality. Of form there is a trace of the native genius, but not in arrangement, or style. Japan, on the contrary, has kept her own school intact almost free from foreign influences.’ ” Even as one reflects on Ms. Norton’s comments, one can draw a very different conclusion. This Spanish colonial church can be viewed as Filipino, even if it comes from an idea transplanted from a faraway country by Spanish overseers. They initially thought nothing of Philippine self-expression and even less of liberty for these peoples. The uniquely Filipino architectural conventions were created even while European and Latin American-styled churches were sought by the Spanish to dot the Philippine countryside; this reflects impressively on the innovative nature and the resourcefulness of the Filipino artist-craftsmen. Filipino construction possesses an individuality of its own and does indeed make itself worthy. St. Paul the Apostle Church is one of the oldest Roman Catholic churches in the Philippines. As such, it not only embodies an early interpretation of Spanish architectural thought, but of Philippine architectural thought, as well.

San Pablo Church has been the sentinel protecting the people of the Cagayan Valley throughout all of the tumultuous and sanguinary history of the Philippines. As one of the oldest churches in the entire Philippines archipelago it has faithfully served its people for close to three hundred years going back to the days of the Spanish friars. Now it lies in a near ruinous state watching silently as other more-celebrated Philippine churches undergo highly-publicized renovations. Despite crushing poverty the people of the Cagayan Valley have begun the monumental process of rebuilding their church-certainly the largest from the Spanish colonial days and one of the most significant in terms of the establishment of Catholicism in all of Asia. This reconstruction has been guided by a handful of dedicated priests, concerned parishioners, and friends from all provinces of the Philippines as well as all corners of the world. James E. Cleland has set out to justify a complete renovation of this landmark church which currently enjoys no assistance from any governmental or private agency. Parallels are drawn with successful American restoration efforts. The Silent Sentinel reveals a three-hundred year history of this historic adobe-and-stone church: the forced migrations of its people, droughts, earthquakes, epidemics, and vicious typhoons, fighting between the people and the Spanish, a violent war for independence, the Second World War with the painful occupation of the Imperial Japanese Army. It has lived to see the early days of freedom as the Philippines became a sovereign nation. This book, as well, alerts the reader to the remarkable story of the design of San Pablo Church- the unique architectural innovations used by the Spanish friars and their Filipino craftsmen-which justifies a complete and faithful renovation in and of itself.

James Edward Cleland entered Loyola University Chicago and in June, 1977 received the Bachelor of Arts degree in Fine Arts with a concentration in Studio Art. His senior project was a Proposed Plan For Expansion and Renovation of Loyola University Fine Arts Facilities. With assistance from Loyola Academy's Sister Institution Program, Mr. Cleland was able to complete coursework leading to the Master of Arts degree in the Graduate School of Loyola University Chicago in January,1993. Teaching has been the occupation of Mr. Cleland since 1981, while architectural history has been an avocational interest-ever since he scaled the eighty-story Standard Oil Building in Chicago (then uncompleted) as a student accompanied by his father and architect Edward Durrell Stone. As Assistant Principal of Notre Dame de Chicago Academy, a Roman Catholic elementary school located in Chicago near the West Side Medical Center Complex, Mr. Cleland saw firsthand a major architectural restoration. This restoration was for the historic church of Notre Dame de Chicago, a French Catholic church destroyed by lightning a few years previously. It was wonderfully restored by William L. Lavika. Notre Dame de Chicago Church is a masterpiece of Romanesque architecture. Mr. Cleland completes his twenty-sixth year of teaching as this book is completed. While currently teaching at Loyola Academy, a Jesuit College-Preparatory school in north suburban Chicago, Mr. Cleland moderates the American Institute of Architecture Students chapter at Loyola Academy. Mr. Cleland gives tours of Chicago area masterpieces to area high school students and maintains membership in the Society of Architectural Historians. He is married to wife, Natividad, whose childhood parish was St. Paul the Apostle in San Pablo, Philippines. He has two sons, Scott and Craig. The family resides in Lincolnwood, Illinois.