The Emancipation of Jenny Dobson 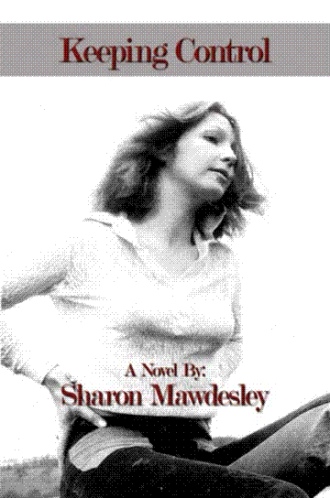 Chapter One – Coming of age

"Well, have you decided what yer wearing yet?"

The topic of Jenny’s on-coming 16th birthday party had been the main topic of conversation between the two friends for the last few weeks, and as the big day drew nearer there were serious decisions to be made.

"Yeah, right – and I wonder why that is? Could it be the fact that yer tits hang out when you lean over, by any chance?" scoffed Tracy, " I saw his face last time you wore it, Jen, poor lad couldn’t keep his eyes above your neck!"

Jenny pondered on this as they walked along, and decided to herself that maybe the red dress was not such a good idea after all – she and Darren had been courting now for almost six months, and it was becoming more and more difficult to hold off his clumsy advances. Apart from the usual snogging sessions and the evermore persistant groping hands, she had managed to hold his advances at bay. It wasn’t that she didn’t like him – she did, but she’d known him all her life, they lived across the street from each other, they’d ridden their bikes together and played in each others yards, gone to school together (even though he was a year higher, he’d hung around with her in the playground), and now this! It just didn’t feel right – it was like kissing your brother – she shuddered at the thought. She’d always expected first love to be like a firework display, but this was more like one of those cheap roman candles that promises excitement on the wrapper and turns out to be a feeble splutter of sparks. The least encouragement the better, maybe, especially since one of her main excuses for not allowing him to go further, her age, would no longer bear any weight come a week on Saturday.

"Maybe I’ll get something out of your Mam’s catalogue," she said, "I can just manage it out of my Saturday job"

Jenny arrived home, pushed through the gate and walked wearily up to the house, school bag slung over her shoulder, jumper tied round her waist even though it was still only May and not that warm. It was just that once she left the school grounds she couldn’t wait to take off her tie and jumper, it somehow gave her a feeling of freedom after the confines of the dismal school building.

"Hi, Dad", said Jenny, walking into the front room, where her father was stretched out on the sofa, watching the horseracing. "I thought you’d be down at the club today"

"Aye, well, not much to spare for afternoon drinking, what with your big day coming up, is there?"

Jenny couldn’t help the small pang of resentment as she thought "no, but you don’t go out and get a job, do you, Dad" and then felt guilty because she knew he had tried, for a while, when the factory closed down, but it wasn’t easy when you were forty-five and your only experience of work was making shoes which nobody wanted any more. Good thing Mam was still working, because the casual building work that he found from time to time wasn’t enough to keep them. It helped now that Tony, her older brother, was working full time at the Red Lion, and bringing home a few quid for the kitty and a few bottles when he could get away with it. They weren’t badly off compared to some, she supposed, but holidays were a thing of the past and clothes were repaired where once they would have been replaced. Still, another few weeks and she could leave school and get a job. She knew her parents wanted her to stay on, get some qualifications, but for what? In Overdale, A-levels weren’t worth a lot when the biggest local employer was Tesco’s.

She dumped her schoolbag on the floor and went through to the kitchen.

"Aw, Dad, you could at least have washed up" she said, gazing at the pile of dirty dishes in the sink.

"Tony came home for lunch, but he had to rush off back to the pub, and besides, racing was starting. Your Mum will do it when she gets home,"

"But she’s been working all day….." Jenny started to say, before she realized that her words were falling on deaf ears. So far as the male members of the household were concerned, washing up – or any other kind of housework for that matter – were definitely ‘women’s work’. A local saying was that once a woman married an Overdale man, it wasn’t a question of whether she would be chained to the kitchen sink – the only question was ‘how long was the chain?’ She switched on the kettle, and made a start on the dishes.

'Keeping Control' is a 'Rites of Passage' story with a twist. Set in the mid 1980s' in a small town in the foothills of the Lancashire Pennines, it tells the story of a teenage girls' desire to break away from the trials and tribulations of family life, and become an independant woman. Unfortunately the route she takes to meet these aims turns out to be disasterously wrong, and she finds herself involved with a man whom she expected to be her saviour, but who turns out to be anything but.

Many of us will be able to associate ourselves with the problems that beset Jenny in her search for happiness. This is a story about real people having to face up to real problems in their everyday lives. We have all had to deal with similar situations - we all survive them to varying degrees. At some point, we have to take control of our lives and do what we think is right; at times like this, we learn who our friends really are.

I have tried to make this book amusing and light-hearted, but just as in real life, there are serious matters involved here, and a darker theme emerges as you read on. Life can never be a bed of roses, it's just a case of how often we are pricked by the thorns.

I have been writing for as long as I can remember, but have only  recently got down to business and written a book. At 54 years old you may think that this is a little belated, and you are probably correct, but in my opinion if you think something is right, you should just go ahead and do it, however long it takes. We only have one life, it isn't a rehearsal, so hey, I gave it my best shot. I hope you like it, but if you don't, I enjoyed doing it so at least it made me happy!

Most of my previous writing has been involved with work. I have been in Sales all my life and find the psychology of selling a fascinating subject. I am currently working on a book about the methods used by direct salespeople, which could potentially save money for anyone considering home improvements - it may not be good for my career prospects, but the only books I have ever seen on selling techniques are written for sales people, and I think it's about time the general public got to know a few of the tricks!

I have written a few short stories, one of which, 'Strawberries for Tea', was published recently in the 'Northern Life' magazine.

I have been married to my beloved Graham for 35 years. I have a daughter 36 (yes, I know!) and a son 33. I have three grandsons, a young man 18 years old and twin boys of 18 months. I live in Bolton,  but spent much of my life in Rawtenstall, which gave me the background for 'Overdale' around which my book 'Keeping Control' was based. There are several strong characters in the story, whom I hope to write about in future novels.