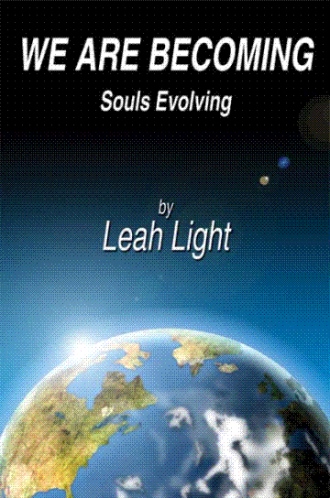 Buying Off the Gods

A peachy sunrise sent fingers of light through the swaying palms of Prince Kuhio Park. A stone’s throw away the Pacific Ocean tumbled in and out of a small rocky beach. The moment was mine; I had only to share it with the birds that came to beg for toast crumbs. Dave and Katie were still snoozing while I savored my morning ritual of coffee out on the lanai. Our vacation in Heaven, also known as the Hawaiian island of Kauai, was drawing to a close. Despite our idyllic surroundings, I had awakened that morning with a pinch of anxiety in my stomach. All too soon we’d be back in the saddle of our real world, to deal with mortgage payments, rental properties, yard work and other endless chores.   The thought brought on an inner groan like one feels on a Sunday night, knowing their hated job awaits them Monday morning. At least I had no hated job to return to. Just prior to the trip I’d finally let go of the part-time transcription job I’d mostly liked. Nonetheless, my stomach registered a vague apprehension of what might lie ahead.

It was Newton's law, I decided, For every action there is an equal and opposite reaction.  We'd had a near-perfect vacation in paradise -- my only regret was that we hadn't taken this trip before Adam left home -- therefore, we were due for some hellishness.  I shook my head, marveling as the old belief raised its ugly head into my conscious awareness.  Here it was again, my mom's view that "life is a series of checks and balances," and inevitably, some kind of sadness would be exacted to pay for this much joy.  Never mind that in all the years Dave and I had been married (17 at that point), I could count the number of vacations we'd taken on the fingers of one hand, and most of them short camping trips at that.  If anyone deserved a vacation, we did.  But why was there a need to justify?  Would we be any les deserving if we'd gone on regular holidays every year?  How about twice a year?  If we'd had double the blessings, would we then have to endure twice as much misfortune to balance out of the scales?  None of this made sense.  Many fears are irrational.

I've encountered a "buying off the Gods" strategy in others.  My friend, Judy, had it big time.  Judy is in the unique position of having grown children and a couple of grandchildren, as well as a young daughter to raise on her own.  Her life is filled with small, innocuous worries -- a tight budget, babysitter problems, ex-husband hassles.  She manages, though not always comfortably.  And she can never seem to relax.  When her ex takes her daughter for the weekend, for example, she is consumed with irrational worry for the daughter's safety.  Something always seems to keep Judy from enjoying time to herself.  When she gets close to breathing easier, her car breaks down or she has a fight with her ex, or loses her job -- something arises to knock her back into a survival mode.  Naturally there are always lows on the normal roller coaster ride of life, but there are also highs.  For Judy there are mostly lows with an occasional boring level stretch at best.

Judy's psyche has been marked by early tragedy, an event that colors her life still.  When she was 22 years old her first husband died suddenly, leaving her with two small children to raise alone.  Before, she had been young and invincible.  It had never entered her mind that tragedy could happen to her.  After it did, she became ever mindful of the terrible losses that can come with no warning.  By producing minor misfortunes she is buying off the Gods, in hopes of avoiding another major tragedy.  And if she is giving up her peace of mind to hyper-vigilance, well, maybe that will somehow keep her safe.  She is making sure she'll not be caught unaware, off guard, again.  Relaxing can be dangerous.  At least that's how some of us seem to feel.  So we keep busy-busy in an effort to drone out the frightened little voices that yammer away 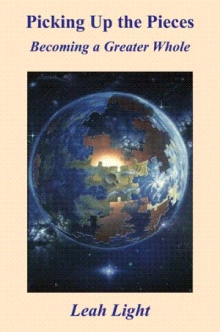 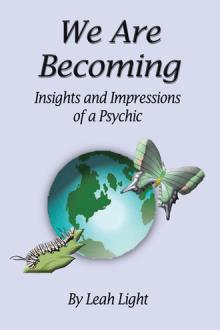 Leah Light is a wedding minister and intuitive counselor.  Over the years she has used her gifts to help people understand and heal themselves. Personal tragedy inspired her to write of her experiences, spawning this book and another, entitled, Picking Up the Pieces:  Becoming a Greater Whole, AuthorHouse 2007. Leah is also a contributing author of a third book, 101 Great Ways to Improve Your Life, Volume 2, Self-Improvement Online, Inc., 2006.

For more information about Leah Light, please visit her on the web at:  www.leahlight.com