Where is My Bennie? 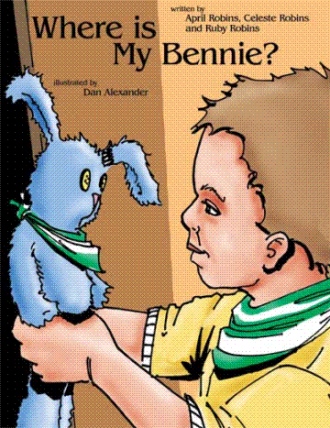 Grandpa went to Austin’s suitcase to get Bennie.  He was not in there.

“Let’s look on the bed Grandpa.  Bennie took a nap with me.  Don’t you remember?  Grandma gave him to me!”  The tone in ’s voice intensified.

“Oh, is that so?  Let’s call Grandma on her cell and ask her,” Grandpa responded.

After all, this was an emergency.  The most cherished Bennie, a family member as far as was concerned, was missing.

They tried twice to reach Grandma, but she did not answer her phone.

It was now up to Austin and Grandpa to find Bennie. 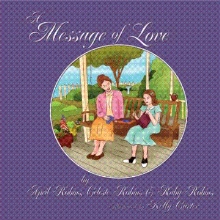 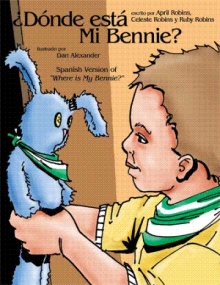 When you were a child, did you have a bedtime companion that you could not go to sleep without?  Was he soft and cuddly?  Did he have long arms for hugging and long ears for listening?  If you lost him, what would you do?  Join Austin and his Grandpa as they search frantically for Austin’s favorite stuffed bunny.  Over and over again, you will hear Austin say, “Where is My Bennie?”

The 3 Robins wrote Where is My Bennie.  The 3 Robins consist of a mother, daughter-in-law, and daughter writing team.  They write for Robin Falls Children’s Stories.

April Robins lives in Texas on a farm in the Red River Valley.  She graduated with honors from Texas A&M University.  She has a Bachelor of Science degree in Computer Science with a minor in English.  She is a retired software consultant who loves to write.  She is a member of The Society of Children’s Books Writers and Illustrators.  Her favorite pastimes include traveling, writing, and collecting antiques.

Celeste Robins is a mother, homemaker, and an active school system volunteer.  She has an uncanny way of bringing any writing down to a child’s level of understanding.  She is a member of The Society of Children’s Books Writers and Illustrators.

Ruby Robins has a degree in elementary education from the University of North Texas.  She is a former kindergarten and second grade teacher.  She approaches our children’s books with an eye toward acceptance by the school systems.

Dan Alexander is an illustrator out of Bloomington, Indiana.  He has illustrated dozens of books and covers including: “Who says I’m a bully?” and “Elwood’s Crown”.  He studied cartooning and animation at the Joe Kubert School for Cartooning and Graphic Art.  ­­­­Dan also volunteers with numerous organizations helping children learn to draw and paint.