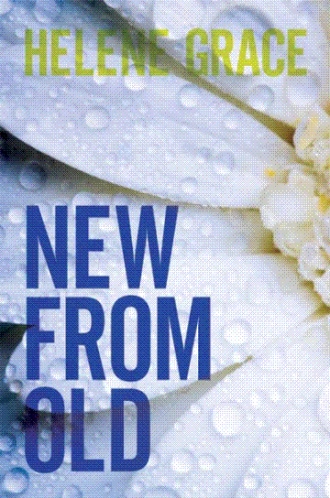 Pete moved to get out of his seat, but Jenny held him back and discreetly shook her head.

‘I’ll see that she gets home,’ said Garret.

Christie had now left the house and was walking slowly down the drive.  Garret got in his car and followed her, driving the car at her walking speed urging her to get in.

‘You’re the last person I want a lift from.  A vodka breakfast and a few glasses of red wine and I make a complete fool of myself.’  Damn it she’d let slip about the vodka.

A vodka breakfast no wonder! he thought.  He persisted in driving slowly, on the right of her.  Garret had one hand on the wheel, the other arm balanced on the passenger seat so he could lean over.  Christie waited for the onslaught regarding the early-on-an-empty-stomach-vodka-drinking, but it didn’t come.

‘Come on if you’re so desperate to get away the car will get you home quicker.’

He stopped the car a little way in front of her and opened the passenger door, she got in.  She could smell him, that same smell of the strength of his masculinity that she recognised from when they were teenagers in love.

What did he care, she thought.  She’d made a fool of herself and embarrassed the others and here he was, not scolding her or making fun but simply offering to take her home.  She had to ask him, she had to known why he had made it his responsibility that she get home safely.

Christie and Garret had been teenage lovers until Garret ran away from home to escape his domineering father - leaving Christie behind! Eight years later and for completely different reasons, Christie an interior designer and Garret an architect have come home to their pretty village of Upper Derrington. Christie has returned to recover from the break-up of her relationship with Dominic. Garret has returned to make peace with his parents and to help run their organic farm. Another reason is to win back Christie’s love and trust by fair means or foul! Garret has the opportunity to seek Christie’s love when the village barn they both frequented in their teenage years goes up for auction. Garret buys the barn. He is approached by Stella Murphy a well-known interior designer with her own tv show. Stella is due to make a new programme called New From Old about turning old properties into new homes and wants to film Garret’s barn conversion. Garret agrees to do the programme and act as the project manager, but only on condition that Stella chooses Christie as the interior designer. Garret attempts to turn his old relationship with Christie into something new by persuading her to accept the job as interior designer on the barn conversion. It’s a career boost Christie can’t afford to let slip by, so she agrees. Christie and Garret’s working relationship starts acrimoniously; they are both unable to forget the past. Christie also has an added pressure; she is desperate to keep a secret. A secret that could put an end to a relationship with Garret before it even starts! If you would like to contact the author, email: helenegrace@hotmail.co.uk

Helene Grace grew up in Hampshire, in a house that overlooked the fields of a farm bordered by trees.  Beyond the farm was Staunton Park, previously part of a large country estate that in the summer opened to the public and held Gymkhanas.  She has happy memories of having  picnics at Staunton Park with her brothers and sisters, rolling down the hills, playing rounders and being amazed by the huge water-lilies on the lake.

Helene initially pursued an academic path rather than a creative one, by completing a Business Studies degree.  However, from the age of thirteen she had always written short pieces, such as short stories and poems for herself.  At university she created and wrote a one-off humorous magazine just to cheer up a friend.

It wasn’t until years later that she took her writing seriously: after she sent a series of witty e-mails to her work colleagues, who one by one exclaimed how much they had enjoyed reading them.  New From Old started as a short story intended for magazine publication, but grew and grew.  Within the book she has explored the themes of disappointment, loss, heartache, trust and emotional strength.  There are times when we all have experiences that lead to these feelings and sometimes if you do not have the emotional strength - you need the help of someone special.