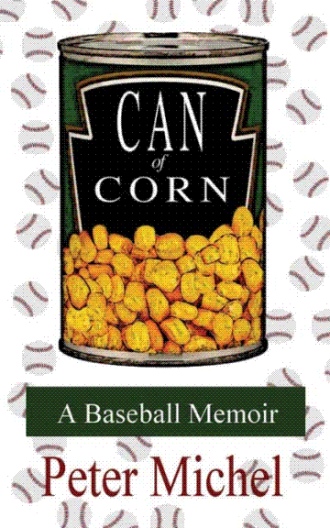 My first recollection of the game of baseball began when I was around six year’s old living in , with my family. The Michel family consisted of my Dad, Mom and my kid brother, Tom. We did have a pet gold fish, but Tom took care of that by giving him what he thought was fish food only to find out that it was soap suds! It is noteworthy at this time to mention that my Mom was the most direct influence in my getting involved and eventually consumed with baseball. My Mom and Dad most of the time looked at life as the glass "half empty", mainly I guess owing to their own life experiences World War I, the Depression, and World War II. I was born in February 1939, so we were about to embark as a nation into yet another world conflict. In our family we always seemed to be in an "underdog" state of mind. I believe that baseball buoyed our spirits during my formative years, but I sincerely believe that the game of baseball, which was often characterized by former baseball commissioner Bart Giamatti as a game that was invented to break your heart, did just that.

To this day I continue to remind players that out of ten times at bat, if you hit safely three times you might be destined for the Hall of Fame, since .300 batting averages are becoming somewhat of a rarity nowadays. Of course, becoming a rabid fan of the Brooklyn Dodgers didn't help me deal easily with success or hope for that matter!

My beginnings, playing and experiencing social interaction, and just plain growing up, began when I was introduced to the "lead up" games of baseball on the streets and playgrounds of . Stoopball, stickball, slapball,

This chronology of one’s life using the sport of baseball as its basic thread was done to offer any reader a chance to see how you can overcome and maintain a serious illness by having a passion on which to focus during your life to continue the good fight.

To self disclose oneself in print takes some doing but if it helps one reader to handle depressive episodes, as it does for me, then it was well worth the disclosure.

Peter Michel retired from education after 39 years. During this time he was a teacher, coach,guidance counselor and administrator in both the private and public sector. His educational experiences were at different levels ,dealing with elementary students through post secondary student athletes. These experiences took him to different environs of the Northeast beginning in Massapequa N.Y., and continuing in Rhode Island, Maine and lastly in New Hampshire. He received his Bachelor of Science degree in physical education from SUNY Cortland in 1960. In 1965 he received a Master of Science degree from Hofstra University majoring in educational administration and in 1987 a Master of Science degree in counseling from The University of New Hampshire. He currently resides in Dover, N.H. with his wife Ruth. He continues to remain active in his surrounding communities coaching and conducting baseball clinics for youngsters and workshops for youth league coaches