A Declaration Against Our Government 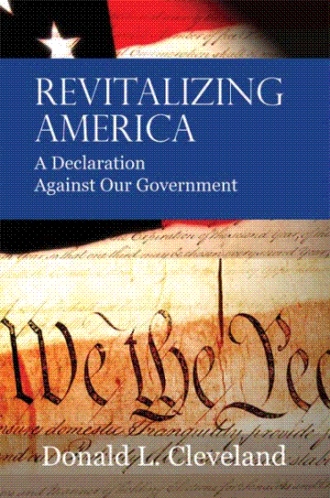 Please watch the short clip at:
http://www.youtube.com/watch?v=XXmY2f55B2w
We encourage you to leave any comments you would like to.

Life, Liberty, and the Pursuit of Happiness                                     We all depend on medicine at one time or another in our life to overcome an illness. The availability of medicine in the United States is controlled by the Food and Drug Administration (FDA). Among other responsibilities, the FDA is to assure the public that the drugs approved by them have undergone tests and trials to demonstrate that the curative effect of the drug is much greater than any possible side effect. Thalidomide is a tragic example of how they missed their mark. But, maybe the mark wasn’t missed; it could have been brushed aside. Why is it possible to reach that conclusion? Generic drugs became the “buzz word” of the pharmaceutical industry in the 1980s. Why pay more for the brand name when the generic brand will do the same thing and its much cheaper? Generic drug competitors became keen to obtain fast approval from the FDA. It became so keen that some FDA officials were given bribes to accept test results that were fabricated. The drugs were approved, and side effects later developed that were not reported in the tests. Patients were severely affected, and some deaths were alleged to have stemmed from the bribe-driven drugs. It was competitors in the industry who discovered the scandal. The FDA had remained blind. So that takes us back to thalidomide; how could such terrible side effects arise if the tests and trials had been thoroughly and accurately undertaken?

John Dingell, chairman of the U.S. House of Representatives, Subcommittee on Oversight and Investigation tried to deal with falsified tamoxifen trials in 1994. Tamoxifen is a drug that has been promoted for and used to deter the recurrence of breast cancer after initial treatment. Uterine and endometrial cancer deaths were not being accurately reported by certain physicians involved in the National Surgical Adjuvant Breast and Bowel Project. The project had been funded with over $100 million tax dollars. While the dollars are important, the trust of desperate breast cancer victims was being violated by suppression of data concerning the uterine cancer deaths related to the use of tamoxifen, slow action in bringing the problem to the attention of the National Institutes of Health, and sloth in retracting or correcting studies that incorporated the false data. So the drug was being pushed into the market on false data. The first hearing in April 1994

opened with a statement from Representative Dingell. The ending paragraph of his statement included the comment that the chief physician in charge of the study wouldn’t be present to testify for reasons of illness, and the drug manufacturer’s representative couldn’t attend, because one week’s notice was too short. Those who testified were primarily the victims. They could be victimized again by becoming part of a circus “politick.” Unfortunately, the attempts in the 1990s to rectify the influence peddling of the drug industry was totally reversed by subsequent administrations. A Freedom of Information Act request recently uncovered a Health and Human Services Survey undertaken in 2002 that revealed that 18 percent of the FDA scientists “said they have been pressured to approve or recommend drugs for approval that they thought weren’t proven to be safe.” It isn’t surprising that drug named “Tambocor,” allegedly able to reduce arrhythmia, was approved by the FDA under pressure from the pharmacy industry. Several years after the drug was placed on the market, an independent double-blind study was undertaken, and found that “4 to 5 times more patients on Tambocor dropped dead of a heart attack than patients on the placebo.”  It’s estimated that over 100,000 people died from adverse effects of the drug before it was withdrawn from the market.

The results of corrupt political meddling in the FDA has brought about the Vioxx scandal. Even though the FDA was urged to undertake further trials of the drug in 2001, because data indicated “a clear cut excess number of myocardial infarctions [heart attacks]”, they failed to do so. MSNBC.com reported that Vioxx “may have led to 27,000 heart attacks . . .

Why haven't FDA officials and drug czars been arrested for manslaughter or murder?  Why?

Revitalizing America takes an in-depth look at the promises of democracy made to Americans and the world, and the betrayals of those promises.  The promises laid out in the Declaration of Independence, the Preamble to the Constitution, the Gettysburg Address and the Pledge of Allegiance have created a Santa Claus type myth about our government that is shattered every day in the world of real politics.  The victims are "we the people."  Our grievances can be recited just as the American revolutionists called out the king's offenses in the Declaration of Independence.  They run the gamut from violations of human and civil rights, massive secret tests using poisonous materials on the citizenry without public knowledge or consent to old fashioned bribery and greed of public officials.  It's our duty to remember our country was born through a revolution, and we must revitalize our democracy through a political and economic revolution.  The people need to take back the government.

Donald Cleveland has dual undergraduate degrees in political science and journalism and a graduate degree in policy planning and public opinion.  He served in numerous public interest capacities including:  president of a national governmental interest group; was involved in the evaluation of the Federal Intergovernmental Personnel Act;  delegate to a Federal Regional Council; a director of one of the country's largest public construction authorities; served as legislative liaison to a multi-state compact commission; was assistant director of a state legislative research department and headed a state governmental association.  His legislative and lobbying experience covered a span of thirteen years during which time he wrote over 400 laws or amendments and three constitutional amendments.  He was also instrumental in the initial funding of the Federal Rural Development Act.  He has been active in numerous governmental and development groups and associations.  He served in Europe as a captain in the U.S. Army during the "cold war."