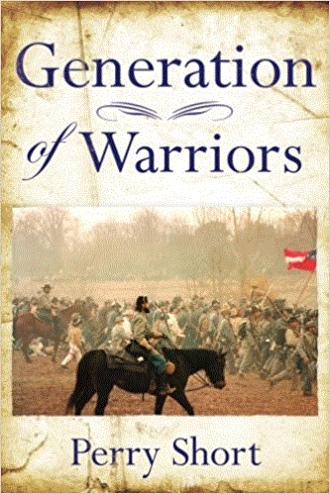 Soon the train began to slow. This got the attention of all on board. Up ahead and through the smoke, the troops could begin to see what appeared to be a small town. As they pulled up to the station, a hush progressed from the front cars toward those in the rear. There were at least three dozens ladies who had brought various treats out for the men. Some of the older women were holding out new socks. The younger ladies brought food. Bread, fruit and some coffee were freely given to all who were interested. There was not a mad scramble for the items as one may have thought, but an orderly exchange between the ladies of the South and the Confederates.
In time, the younger girls began throwing food up to the men on top of the cars. Jabez stood and waived for anything to be thrown his way. Soon an apple came right at his face. Almost in self defense, he put his hands up to catch it, but managed only to deflect it into the lap of  his partner, Drewry.  Before Jabez could reach down and grab it,  Drew had taken a bite.
"Darn Drew....that was my apple!"
"Was....is right."  Drew responded, taking another bite.
Jabez looked down at the girl who threw it, as he held his arms out. She searched for something else to toss, but to his suprise, motioned for him to climb down and come over to her.
This brought quick harassment from his brother.
"Don't get down thar and get to friendly boy, there's a war to fight." Yelled Henry as he stood up to get a better view.
More troops began to take notice of her as she waited. She dug through her basket and found a peach to hold out for Jabez as he jumped down on the platform.
"Hope this will do, since your friend seemed to relish your apple." She said, as she lifted her face.
Jabez was taken aback by her beauty as she loosened the bow beneath her chin, and slid the bonnet to the back of her head, revealing her golden brown hair that glistened in the sunlight. Jabez was speachless. He reached out for the peach without even blinking.
"What's your name soldier?"
"Jabez.  Jabez Massey.  What's yours?"
"Elizabeth Wilson."  She responded as she curtsied.
"What unit are you part of?"  The girl asked.
"The Third Arkansas."
"Have you ever heard of the Thirteenth North Carolina?" She asked.
Jabez nodded his head yes, trying to remember what he had heard.
"My Brother is in that regiment."  She said proudly.
Private Massey now recalled what he had heard. They had lost seventy-five percent in killed, wounded and captured at Gettysburg. They may have ceased to exist for all he knew.
"I've not heard from him since that battle in Pennslyvania."  She fretted.
"Maybe he just hasn't had time to write, sometimes I go months without writing my mother."  Jabez offered.
"Do you write your wife or sweethart, more than that?"
"I have neither."  He replied quickly, hoping her mind was off the North Carolina Regiment. Her brother most likey was in a Yankee prison camp Jabez thought, but would never tell her that.
"How old are you Elizabeth Wilson?"
"Seventeen.....Jabez Massey, and you?"
"Twenty-one." Jabez answered as he looked up at several men who had now gathered to gaze upon this adorable girl. She started to feel a little uncomfortable, then looked up into his eyes and realized he was mesmerized by her. This caused her to blush.
"Is your mother near?"  Jabez asked, not really caring.
"She's right over there, would you like to met her?"
"No. I'd rather spend my time talkin to you. I don't have much left."
Jabez then was silent for a while. Elizabeth wondered what he was thinking.  His thoughts, as crazy as they seemed, were to hop off the train a mile down the track, and return. How hard could it be?  He had slept out in the elemets for two years, and seen some friends blown to bits, and others fall to sickness.  Now he was talking to the most beautiful, cultured girl, he had ever seen and knew she could have her pick of a husband. He would at least like to be considered.
Eventually, his silence caused her concern. She pulled on his sleeve and just said, "Follow me."
They worked their way through the crowd and behind the train station, where the wagons and horses were parked. She walked around to the back of her wagon, opened a box, then told Jabez to come over, as she pulled something out.
"Thank you for leavin your home and fightin for people you don't even know."
With that she pulled out a newly made white shirt with pewter buttons in the front and wood cuff buttons. With all sincerity, she handed it to him.  Jabez knew this shirt had taken a long time to make, and was most likely for her brother. He was grateful but could not accept it. It was too much.
"This was to go to someone else, right?" Jabez asked.
"Yes....but you're here now, I want you to take it."
"I can't Elizabeth, you hardly know me. What about you father,
will it fit him?"
"My papa's dead, please take the shirt!"
Jabez paused for a second, how could he respond?  The best thing to do was accept her gift, though it didn't seem right.
"Thank you Elizabeth, I'll think of you, every day I wear it..... which will be every day."
"Do you have another shirt besides the one you have on?"
"No....this is it."
"You poor boys"  She sighed as she closed the box and motioned for him to follow her back to the train.

The time frame is June through September of 1863. The characters were real people. The story follows the lives of five men who defended their homeland in ’s most costly war. The novel is set in .

A heavily researched book about brave people making their way through impossible circumstances, and about families torn apart. Their lives were not easy, and this event made life unbearable, and impossible to stay in their homes. The main character, Spillbsy Dyer, at thirty-five had to remain faithful in his duty as an officer, and resist the temptation to desert the Army, knowing his nearby family was in harm’s way.

Other characters were part of a mass movement by rail, of troops stationed in and transported to . They were among the ones who historian Mary Chesnut wrote about when she recorded, “At Kingsville, N.C., I caught a glimpse of our army. God Bless these brave fellows. Not one man intoxicated, not one rude word did I hear. It was a strange sight. Miles of platform cars-soldiers rolled in their blankets, lying in rows, heads covered and fast asleep. In their gray blankets, packed in regular order, they looked like swathed mummies. All these fine fellows going to kill or be killed. Why?”

These men were part of the 132,000 soldiers who descended on the farm , from all areas of this young country, in the drought ridden summer of 1863.

Perry Short was born in He grew up in and and went to the . He began

his study of the War Between the States in 1985, and became

Generation of Warriors, is his first novel.