The lady with the millennium message. 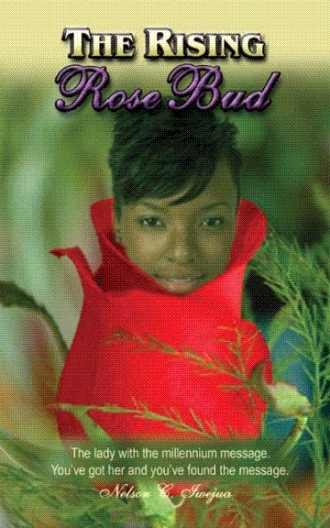 The luxuriant vegetation of the surroundings revealed the impact of the early rains. Raindrops could be spotted at random on the surface of most leaves. The sky was clear blue and the air so fresh and invigorating, all projecting the greens with the image of classic beauty.

Uche had recovered fully and decided to join his people in the farms. Oha was yet to hire new hands that would keep his flock. Nma presently decided to lead a small part of his father’s flock to a nearby bush for grazing single-handedly. “Where is Ugo?” Akunna enquired from her.” I saw him with his catapult half an hour ago, going out with two of his young friends,” She replied. Ugo is erring these days; l think l will let his father know of his recent truancy. He will learn how to behave when his catapult is confiscated. Remember my daughter that you are not supposed to keep flock. I quite understand your good intentions. Your father is already negotiating with some herdsmen who will handle this great task. You have to choose the quantity you can effectively control and do not go far away please”. In all Nma managed to move out with nine lambs.

Three hours later after grazing, Nma was satisfied and prepared to return to the house. Customarily, she had the thought of recounting her flock before departure. She did the first count, the second and then the third time.

It became quite obvious that a lamb was missing without her knowledge.

“What can l do? What will l tell my father and where do l go from here?” she yelled in fear. “What have l done to the gods that they should visit me in so like manner- to snatch away that which was entrusted to my care”, she sobbed. As she stood to bemoan her sad loss, an idea flashed into her brain as the only remedy in a situation of this very nature, search for the missing lamb immediately.

As she moved ahead, abandoning the other ones, which she, however, managed to tie to a stake, she heard a bleating far away which gave her greater courage of possible success. Nma now saw herself in a thick forest entered only by strong-hearted hunters. This forest of horror houses wild beasts and other dangerous creatures, and many hunters have met their waterloo here. Her only companion was the song of the birds and she became more determined than ever to find out her lost sheep.

Nma’s throat became dry, yet she cared not for the brook beside her, where she can easily quench her thirst in the center of a haunted forest. She became weary and she resolved to have a rest under a shrub. She suddenly dozed off irrespective of the surrounding dangers, and her life, now in the hands of destiny.

Thirty minutes later, a very strange old man rolled in to the place where Nma was sleeping and gave her a gentle tap on her shoulder.

He wore a long white hair and white beard, his skin was very white complexioned and he had a pointed nose. His eyeballs reflected rays of light, which made it quite impossible for Nma, now shivering with fear, to look at his face steadily.

The Rising Rosebud is a thriller. It is an inspirational story, about a young lady who overcame parental and socio-cultural pressures, in her search for the true dignity of womanhood.

The interplay of events in the novel, distinguished it as the book of the millennium. The message conveyed by the heroine of the novel was not only for her African environment in which she grew up but for the entire world.

There are a lot of lessons to learn from this work, it teaches about true love, courage,fundamental human right and trust.  For tyrants who prefer to die in office, the rewards of absolute power and bad leadership  will always be received. The reader will also be held spellbound by the rich African traditon seen in this novel. The taste of the pudding is in the eating, welcome on board.

Nelson is the first son of  Chief Samuel and Mrs Charity Iwejua. Samuel worked as a Tax and Motor Licencing Authority in the Board of  Inland Revenue,Abia State Nigeria.

Nelson was born on the 23'rd of  October 1965. After college, he was admitted as one of the pioneer students of Abia State Polytechnic where he studied Advanced marketing and Advertising. He  worked as a Marketing Manager in Meco Quality Foods at the state capital,with distribution network in all major cities of Nigeria. He latter enroled in Abia State University for a degree course in Government and Public administration.

It is interesting to note that, Nelson had passion for the works of great literary writers like William Shakespare, Chinua Achebe,Professor Wole Soyinka(nobel laurette in Literature) and many others.   He is presently residing in Amsterdam, The Netherlands.