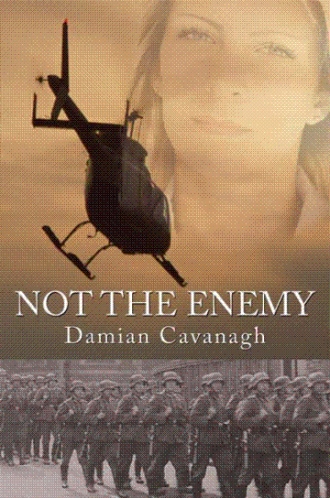 German occupied Guernsey, May 1944, just one week before D-Day.  For one local girl, Rose Fahy, despite the fear, isolation and hunger of the Occupation, it is a time of joy and excitement.  For she has fallen in love.  But her love is forbidden, and if discovered, retribution will be swift.  She should not have fallen in love with one of the enemy.

Glorious Guernsey, fifty five years later, May 1999.  A young Englishman arrives to train as a helicopter pilot.  For William Sweetman it will be the fulfilment of a lifetime ambition.  However, for Stella Vogel, a wealthy German businesswoman, her visit to Guernsey is something of a mercy mission, to accompany her ageing father as he pays his respects to his comrades who perished during the German occupation of the island in World War Two.

A chance encounter brings William and Stella together into a passionate and thrilling love affair.  But their discovery of a disturbing secret from the island’s wartime past puts their whole relationship in jeopardy.  As preconceptions are shattered they both need to know the truth about what really happened to their families fifty five years ago.

Moving seamlessly between the present and the wartime past, and interwoven with exciting and realistic flying scenes, the book explores the dark secrets that families keep and the effects they have when they are revealed generations later.

Damian Cavanagh is a company director for whom writing is a rewarding hobby.  He has a Private Pilot’s Licence to fly both fixed wing aeroplanes and helicopters and he has used this experience in the creation of this book.  ‘Not The Enemy’ is his first novel.  He lives in Berkshire with his wife and two children.