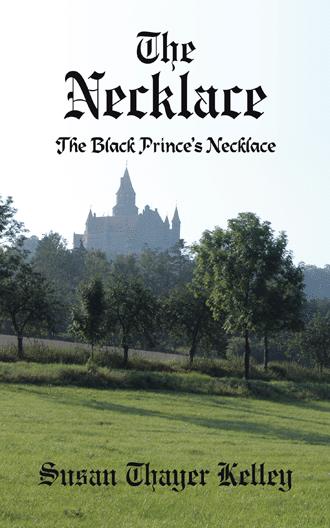 My eyes were wide with terror. How could he come up with such a story and act so innocently? The tall man asked me, "Is your name Elaina?"

"Yes, but he's lying about eveything else. It's not true!"

I could tell the tall man was beginning to believe William, for he asked me, "Why did you run away?"

"Then why did they abduct you from your home?" he went on.

William entered the conversation then, "A very good question, indeed. For what reason would we have to abduct you? The truth of the matter is, she has run away from her husband." Then turning toward me, he added, "And if you don't come along peacefully, I shall have to explan the real reason to these gentlemen why you ran away. That would be most embarrassing for you, Elaina. I'm sure you don't want that."

I was becoming more and more nervous, as I could see the two men were being misled. I began wringing my hands and pacing back and forth. "Perhaps that wouldn't be such a bad idea," replied the tall man. "Just why did she run away? Because if her husband has raised his hand against her or..."

"No, it's nothing like that," assured William. "Well, you see, she was in love with her husband all right. But after the wedding, uh," he paused to clear his throat, "well, she wouldn't perform her wifely duty. If you know what I mean." He pretended to be embarrassed to having to tell this.

"You mean she wouldn't go to bed with her husbnad?" inquired the tall man.

"Well, well," replied the tall man, as he and his friend lowered their guns and threw back their heads and laughed. I was horrified.

The tall man answered me, "Miss, there's much worse things in life than falling into the hands of a love-sick husband. Go on back to him, I'm sure he'll forgive you." Then he began to walk back toward the fire to his breakfast.

With that William came toward me. I screamed, "No! I won't go!" I began running, but in a flash he was behind me.

The setting is in England in the late 1680's. Queen Mary's sister is touring the country searching for a hiding place for a necklace, part of the Crown Jewels, in order to protect them from a plot to steal them. She meets Elaina Ashbrook, the daughter of John Ashbrook, a wealthy business man. Elaina agrees to keep the necklace hidden for the Crown until all perpetrators of the plot can be exposed and brought to justice.

Elaina is courted by two men, both of whom she falls in love with, and is torn between what her heart says and what her mind tells her. She eventually learns a shocking revelation about both men.

Whle the necklace is in the possession of Elaina, she is thrown into a stream of horrific and dangerous events. Tragedy strikes the country with an outbreak of smallpox, and Elaina's family is not spared. Queen Mary dies by the plague.

Elaina is thrown into prison, accused of murder, only to be aided by an unexpected source.

Elaina feels she has grown from a young, naive girl to a woman who has had more experiences in a few short months than most have in a lifetime. She feels she has gained invaluable wisdom through her ordeal and she ends up with a man she knows she will spend her life with.

Susan Thayer Kelley is a wife, mother, and grandmother, raised in Illinois.  She has raised two daughters, and has two grandchildren, who are the light of her life.

She currently resides near San Antonio, Texas and is currently going to school to get her Realtor's license.She and her husband have been real estate investors for over thirty five years.

Susan is an avid Bible student and has volunteered her time and resourses for the past thirty five years in a community service of teaching the Bible to individuals.

Having a real love for reading and grammar, she has always wanted to write.  She has had poety published previously, but this is her first novel. She is currently working on her second novel.