One Day In Mudville 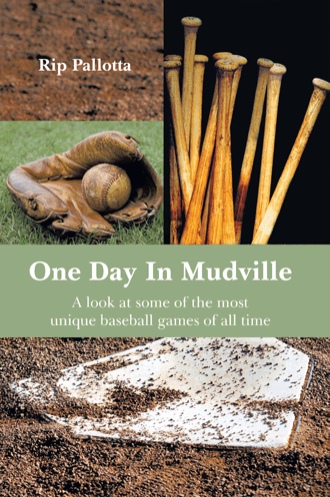 In April of 1986, Roger Clemens of the Boston Red Sox pitched a complete game win against the Seattle Mariners and struck out twenty batters. The next day it was the top story in all the sports pages because it was the first time a pitcher ever did that in a nine-inning game. For years, the record was nineteen and although it was tied many times, it had never been broken. In April of 1986, Clemens broke the record. Ten years later, Roger Clemens struck out twenty Detroit Tigers in a nine-inning game. He's the only guy to do it twice. In 1998, Kerry Wood of the Chicago Cubs struck out twenty and in 2001, Randy Johnson of the Arizona Diamondbacks struck out twenty in the first nine innings of an extra inning game. Four great accomplishments by three great pitchers. I take nothing away from them...but something has been taken away from another pitcher. Never talked about is a pitcher who struck out TWENTY-ONE batters in a major league game. Tom Cheney, pitching for the Washington Senators in 1962 struck out twenty-one batters. The game went sixteen innings and Cheney pitched every one of them...all sixteen innings! YOu see where I'm going? The Clemens and Wood record was for strikeouts in a NINE INNING game, not just a major league game. The record for a game, regardless of innings is twenty-one strikeouts. Tom Cheney is the only one who's ever hit the magic number 21. Who could've imagined this? When the game began, it was a late season, cold night in Baltimore between two teams that were way out of the pennant race. When then day began, Baltimore had a record of 72-74 and were in sixth place out of ten teams and fourteen games behind the league-leading New York Yankees. The Washington Senators had a 56-92 record, in last place; thirty-one games behind the Yankees. There were only a few weeks to go until the season would mercifully be over for both teams. Both teams were only a hour or so apart from each other, possibly the only thing to draw people to the ballpark. Fans of both teams could easily drive to the game. However, that didn't happen. Only 4,098 fans attended the game. Tom Cheney entered the game with a record of five wins and eight losses on the season. His lifetime record going into this one was eight wins against fifteen losses. Even the greatest clairvoyant could not predict that this game would turn out to be a piece of baseball history. Something was about to happen that had never happened before or since and I'll bet never will again. In baseball of today, managers religiously follow pitch counts and bullpens by committee. When a pitcher reaches one hundred pitches in a game, unless he's pitching a no-hitter the pitcher is not likely to go much further. On this night, Cheney pitched a total of 238 pitches. He walked only four in sixteen innings. Randy Johnson actually had a chance to beat the record on his twenty-strikeout night. The game was tied after nine innings and JOhnson was taken out of the game at that point. Had he stayed in, he could have tied or surpassed Cheney's record. I had the opportunity to speak to Joe Hicks about this game. Joe was an outfielder on the Senators that year and played the whole game in center field. He recalls, "He (Cheney) couldn't raise his hand the next day. He threw a lot of pitches, It was a cold night."

When you read "One Day in Mudville", you realize that in baseball, history occurs when you least expect it. "One Day in Mudville" is a book that details some of the most unique games in the history of baseball. In 1965, a legendary player came out of retirement at the age of 59 to play a game in the majors. Learn who he was in this book. Find out why a baseball legend hit a home run and decided to run around the bases backwards! Who was the pitcher who once struck out 21 batters in one game? And how about the pitcher who hurled a no-hitter and hit two home runs in the same game? There was once a home run hitting outfielder who came into a game to pitch, and then won the game! And an owner who made himself the manager one day. Not to mention a 33 inning game. And so much more. The book chronicles 22 games, all of them unique in some way. The fans who saw these games, could never have predicted the history they would see. Some of the games are funny, some tragic, some poignant. All of them are unique. Box scores and play by play included. "One Day in Mudville" is your box seat to some of the most interesting games in baseball history.

To call Ralph "Rip" Pallotta a baseball fan just doesn't go far enough. He is a true student of the game. He is, indeed, a baseball historian. Born in 1954 in Leominster, Massachusetts, his baseball upbringing was in the sixties. The Red Sox were his team, and he observed the "Impossible Dream" season of 1967 and fondly remembers it. Rip has had a duel career. He has been in banking and broadcasting all his adult life. He wrote his first book "The Nashua Diamond Register" in 1986. This book was about the minor league franchise in Nashua, New Hampshire. The book is in the National Baseball Library in Cooperstown, New York. Rip has been married to his wife Melanie for 30 years, and has three children, Alison, Randy, and Christopher, and he has one grand child, Alexis. Rip and his family live in Fitchburg, Massachusetts.