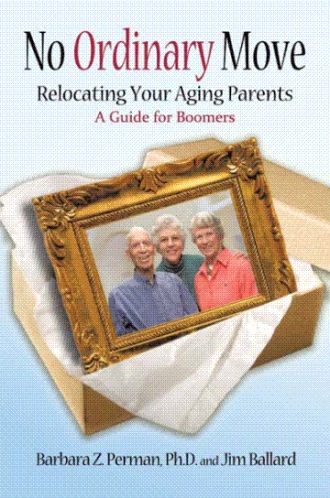 Sandy had been surprised to find her mother giving in easily to her proposal to accompany her parents to their home in Westbrook. Now, having sent her own husband and children on the long drive home, she was steering her father’s old Cadillac through familiar villages. Everett had fallen asleep in the back seat.

The two women chatted for a while, after which a long silence ensued. Sandy broke it by saying gently, “I noticed you looking tired. Are you okay, Mom?”

“I’ve got your Dad on my mind,” said Lucille. “I’m all right, but I’m afraid you may not find the house up to snuff. It’s been hard to keep up with things, I’ve been so busy with your Dad.” Finally they turned into the familiar driveway. To Sandy the house she’d known as a girl looked somehow small and forlorn.

Walking in the door, she looked around critically, noting evidences of her mother’s warning: dishes in the sink, summer quilt still on the bed, dusty furniture. When she asked her mother what she could do to help, Lucille waved her off, helping Everett to bed. Sandy climbed the stairs to her old room. Standing and looking out the window at the leaves falling from the old backyard oak, she opened her cell phone and dialed her voicemail. “You have nine messages,” the recorded voice announced. No wonder it’s been four months since I’ve been back here, she thought. My life is a marathon.

After a long review of her calls, Sandy heard her mother bustling in the kitchen and knew she was done helping her father get settled for the night in the downstairs bedroom. She went to the kitchen, sat down and watched Lucille prepare tea. “Hope you don’t mind store-bought cookies,” Lucille said apologetically. “You always liked my peanut-butter squares.”

Sandy decided to cut to the chase. “What’s going on with Dad, really?” she ventured.

Her mother sat down heavily into her chair. Her wan smile suggested that the facade would continue; then Lucille put her forehead in her hands. “Your dad’s not himself these days, Sandy,” she murmured. “We’ve been to several doctors but they haven’t found anything clear-cut that’s wrong. Worrying about him and caring for him is taking it out of me. I just can’t manage the house any more.”

Sandy looked around the place with new eyes. “Why don’t you get some household help?”

“We’ve tried, but it’s hard to find someone reliable.”

“Well, how about moving?”

Lucille sighed and shook her head resignedly. “I’ve tried to bring it up, but your father won’t hear of it. He thinks of this place as his castle, and all the while we’re living in three downstairs rooms.” 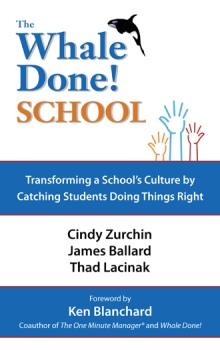 Of 78 million Baby Boomers, one turns 50 every seven seconds. 70% of people over 75 still own their own home. Taken together, these facts spell perplexity for millions of adult children. Increasing numbers of Boomers, themselves aging, with overbusy work lives and college-age children, must interrupt their schedules to move their aging parents out of households they can no longer manage. For most, the  solution might seem simple: put Mom in a home, her stuff in a dumpster, and get back to the treadmill.

Enter NO ORDINARY MOVE;  Relocating Your Aging Parents, a book that helps readers slow down and reconsider this situation, not as a grim crisis but as a rare opportunity. It’s the story of Sandy, whose 50-yard dash of a life is further complicated by the realization that her parents can't remain in the home in which she and her brothers grew up. Her father’s resistance, her mother’s growth in self-assertion, and her brother's transformation from resentment to active participation in the move highlight the triumphs and breakdowns along the way to the final, healing move.

The heart-changing secrets to be learned from such an experience, balanced with the shortcuts and facilitative strategies that make it "no ordinary move," are provided by a character called Moving Mentor, a sort of Yoda of Moving. Her working with the family to manage the mutual influence of inter-generational values, together with excerpts from her website and journal, show readers a way to make participation in their parents’ move a turning-point, a chance to renew and reunite. The second part of the book, For Adult Children Only; 101 Ways to Get Your Parents Moving, features lists of hands-on tasks, each with its rationale, arranged under the eight stages of a healthy move.

Barbara Z. Perman, Ph.D., is founder and President of Moving Mentor, Inc., a company that provides moving management consulting and organizing services. Dr. Perman specializes in helping seniors and families through the arduous tasks related to downsizing and relocating. As educator, speaker, coach, family consultant, professional organizer and author, she has written and developed books and products that support the moving process from beginning to end. Barbara holds a Masters degree from Oxford University and a Doctorate in Psychology from Edinburgh University in Scotland.

Jim Ballard is an established author of a number of books about managing change and transforming the people side of business. In addition to his own titles published by Random House, John Wiley and Beyond Words, Ballard has co-authored a number of books with best-selling author Ken Blanchard, published by Simon & Schuster, McGraw-Hill, Jossey-Bass and Harper-Collins.

Both authors are experienced keynote speakers, and both design and facilitate seminars and workshops. Barbara’s company Moving Mentor, Inc. is well-known for its dedication to helping relocate seniors. She maintains an active website and is in demand as a presenter to many different groups including realtors, estate attorneys, marketing directors of retirement communities, and councils on aging.