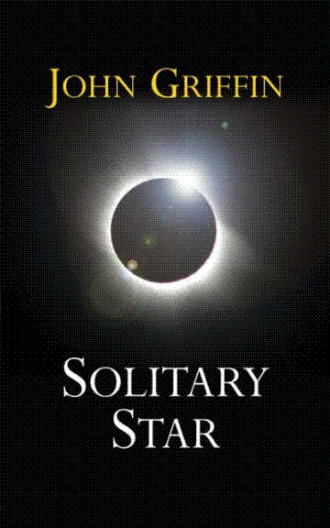 Bill Cavendine sat motionless, momentarily stunned with fear.  He stared in disbelief at the screens before him, they erupted with crimson warning insignia, spreading like a virus across the ships various instrument panels.  The missile, against his hopes had indeed struck his tiny vessel.  The docking shuttle shuddered with the explosion.  The small craft began to roll, veering from its trajectory.  A deafening warning siren echoed around the tiny cockpit, emitting terrifying confirmation of a severe impact.  Images flashed warnings of control failure, a total engine systems shutdown and potential structural damage.  Sweat began to flow down Bill’s forehead and his heart raced as he assessed the situation.  The screen to his left, the craft's status screen, was showing a major engine malfunction.  The ships onboard computer had concluded the damage serious enough to warrant the total shut down of the two side mounted engines.  The shuttle in truth only had one remaining engine, the other having been severed from the main hull upon impact.

A screen to Bill’s right was showing the ship’s navigational position.  It brought him a little comfort to realise that the computer had managed to compensate sufficiently in the aftermath of the explosion.  The craft was returning to some descent that vaguely resembled the Earth re-entry trajectory he had previously programmed into the system.  His mind turned now to thoughts that the defence satellite might fire a second missile.  A second impact would surely completely destroy the shuttle.  For the first time in his thirty-two year life, he actually prayed.

The plan had been going so smoothly.  Only a few minutes earlier Bill had reassured himself that he must have alluded the defence satellite.  He had gambled that because of its size, the ship would be completely ignored by its sensors as a threat.  Bill had even allowed himself to dream a little as the scarab like shuttle craft manoeuvred from its geostationary orbit into a re-entry attitude.  The curvature of the Earth had dominated the screen before him and the beauty of its landscape had begun to reveal itself from beneath the veil of misty cloud that covered it.  The welcoming sight of blue sea several hundred miles below marked what Bill believed would bring freedom.  In addition, the cargo he carried promised enough wealth to ensure he remained a free man and live very comfortably for the rest of his life.  Freedom had been his motivation for escape but the cargo he discovered was an amazing bonus, one he had still not quite believed.  One thing was sure, he would make no more mistakes.  All his life Bill had suffered as a result of the bad choices he had made, first the military and then working on the Mars colony.  Now things would be different.  No more bad decisions, he vowed.

A deadly and highly addictive drug has rapidly developed into a global epidemic.  Is it really the manufactured product of another world, imported by persons or something unknown?

The mysterious death of a Mars colony employee appeared significant.  His remains were found amidst the wreckage of an unknown small craft in the remote desert.   Where had he acquired the incredibly valuable yet highly illegal cargo that lay strewn across the crash site?

A strange gaseous anomaly labelled simply as “The Phenomenon”.  Speculated by some in the scientific community to bear similar characteristics to that of a black hole in space?  It had appeared just seven years earlier, developing quickly over days on the outer rim of our solar system.  What really was this menacing giant that had appeared from nothing, without explanation or warning?

Still tormented by the demons of his past, Jason Keel knew he had little time to ponder the puzzle, he knew he needed to act quickly.  However what drove him most was the suggested link between these events and the tragic loss of his beloved wife?

Time was running out as events unfolded, moving rapidly and in an irreversible manner.  Persuaded to lead an unlikely team into the most hostile environment imaginable.  Keel would need to summon all his physical and emotional strength to face an unknown enemy for answers.  Having fought his way back from the brink of personal self-destruction once before, could he now really do the same for mankind?

He was about to find out!