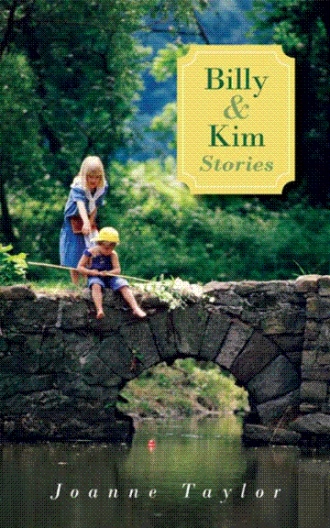 Kim looked at Billy in alarm.

Billy put his hands on his head in panic.

They stared at each other as a voice said, "Who's there!”

The naughty boy called out again, "Who's spying on me!”

But Billy and Kim were still speechless.

Suddenly, a little eye appeared in the hole in the fence.

"I can see you," said the naughty boy in a cunning voice, "and I'm going to get you!”

"Run for your life!” shouted a very frightened Kim to Billy as she grabbed Billy's arm and sped across the lawn, pulling Billy behind her.  They ran and ran and didn't once look back as the raspberries rained down all around them.

They were both breathless by the time they reached the kitchen door.

"What on earth are you two up to?" asked Billy and Kim's very puzzled mum.  They hadn't even got their breath back properly but they managed to tell her the story despite panting and gasping for air.

"I'm going to collect all the raspberries and throw them back at him,” said Kim defiantly.  Billy thought this was a great plan and jumped up and down with excitement.

Each of these stories features the same characters – two children, a brother and sister – and the escapades that they get involved in whilst playing.  The story themes are based on simple adventures that could happen to any child.  Each story has a different setting, but they all have a recurring moral theme based on turning everything into a positive.  The stories are written in simple language to encourage young children to read parts of it for themselves.

Joanne Taylor lives in Shipley in West Yorkshire.  She wrote these stories such that they enable young readers to work out for themselves how to make the best of each situation and to respect others, rather than simply telling them what they should do.