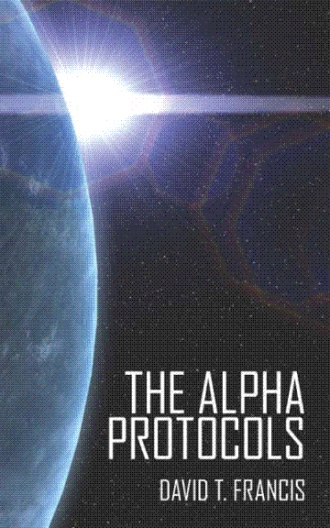 The wind blew viciously across Lucy Tyler’s face. The weather conditions had worsened in the hour since they had arrived at the warehouse and it had now started to snow heavily.

“Typical weather for Chicago” Lucy muttered to herself, trying to keep herself focused despite the cold.

She had come to Chicago with her DPD Team in search of an infectee. They had been able to trace the individual, thanks to a local hospital reporting that a patient had shown a DNA match against the test devised by the DPD a couple of months previous.

A few days prior to their arrival, Lucy had sent several agents to monitor the infectee’s movements and identify who he had made contact with. There was no doubt that he would be making his best efforts to spread the infection.

The reports that came back indicated that the infectee was working on some project in the area. The objectives now were to capture him, uncover his plans and remove the threat. While they knew that many of the infectees they had tracked were working in groups, this particular one had not appeared to have made contact with anyone else during the surveillance.

Despite following protocols, the team had been disorderly on their arrival on the industrial complex, and had alerted the infectee to their presence. He had caught sight of them as they turned up at the gates to the compound and had fled. They were now forced into chasing him around the buildings on foot.

She tried to keep as close to the wall as she could, edging cautiously towards a metal door about twenty metres ahead. It made no difference against the cold; the wind was blowing hard into her face. Thankfully, the beanie hat she was wearing kept her hair from blowing into her eyes.

At the touch of a hand on her shoulder, she stopped as she reached the door. She looked round and was relieved to see her partner, agent Bale, following closely behind.

“Let me go first,” he said to her.Lucy nodded and let him edge past her. He steadied himself, twisted the door handle with his left hand and let it fall open.

Peering into the dark, they could see the warehouse was full of crates and boxes, but it looked like many of these had been here for some time. Everything was covered in dust and looked like nothing had been disturbed recently.

Despite being ordered by their operation commander, Al Johnson, who was monitoring the operation from back at DPD command, not to enter the warehouse until back up could arrive, Lucy was determined they move in immediately. She felt that as it was not a large building they could easily manage this job between the two of them.

As Bale edged his way in, she followed him closely, carefully watching the area for their target.

He made his way to the right side of the door as he entered, checking behind it as he advanced. Lucy moved to the left, keeping tight against the wall. She raised her gun to an alert position, catching her partner’s eye and nodding the silent signal to split up. Although the situation was highly hazardous, they knew they would cover more ground working separately.

They edged around the walls of the warehouse, each making their way to different corners of the building. Lucy could see clearly down the side of the warehouse to a set of stairs that led up to what she suspected were offices. This, she thought, might give her a good vantage point and allow her to guide Bale to the location of the infectee.

She had made her way quickly along the wall to the stairs, checking down each of the four aisles between the crates as she went. Arriving unhindered, she quickly surveyed her route and edged her way up the stairs.

On reaching the top, she carefully opened the door and moved stealthily into the first office. To her left was a large window over-looking the main warehouse floor. Straight ahead was another door which led in to a second office. Taking a quick look through, she saw there was another similar room beyond it, but this one had a door leading out onto a balcony. She made her way through and into the second office, making sure to leave the door ajar so her exit was clear.

A creak and a click made her spin round to see the door she had just come through close, apparently of its own accord. Her heart beating furiously, Lucy scanned the room for any signs of life.

She turned back and continued into the second room. Another sound off to her right caught her attention, but before she could act on it, she was thrown across the room and landed against the bank of filing cabinets.

Momentarily dazed, she realized she had dropped her weapon from the force of the impact. It was in front of her by a couple of feet, just out of arms reach.

In the corner of her vision, she saw a large pair of black boots approaching.

Not recognizing them as ones worn by Bale, she raised her head to see who they belonged to. As she did, a powerful kick connected with her jaw, sending her slamming back into the filing cabinets. Hovering near to unconsciousness, she felt two strong hands wrap around her throat and squeeze down forcefully on her windpipe.

In December 1980, an alien craft was encountered by US airmen in , .

In October fleet of UFOs were sighted as they flew over the M25 around .

In March 2006, the Space Shuttle Atlantis encountered an unidentified craft whilst on a routine mission to the International Space Station.  They watched as something was released into the atmosphere, before the craft raced back into space.

All these stories, plus many more, have been covered up by our governments, both here and in the .

What was delivered to Earth that night could lead to the end of life as we know it.   We now face a threat that is spreading across the world and has taken hold at the highest levels of the 's government.

The Alpha Protocols is the story as to how the responds to an invasion by an alien species.

Based in , the Alpha Team provide the front line response leading the defence of our country.  Working with the Department of Planetary Defence in the United States, the Alpha Team, lead by Dave Hunt and Lucy Tyler, work towards saving the human race.

This is a fight that must remain hidden from the public.

A fight that cannot be lost.

A fight for our own survival.

David Francis was born in , in 1975, but has lived in since the age of two.  Having worked in the world of IT for over ten years, he has collected a number of certifications over the years, most recently the CISSP security award.  Currently, he is an IT Manager for a software company based in Ipswich, .

David has a keen interest in the world of sci-fi, particularly the worlds of Star Wars and Doctor Who.  He regularly watches shows like Threshold and X-Files.

Away from work and sci-fi, David has a keen interest in a number of sports.  He is an avid supporter of Ipswich Town Football Club, but also participates in sports such as football, running, tennis and cricket.

All of these interests have been used as the inspiration for writing The Alpha Protocols.