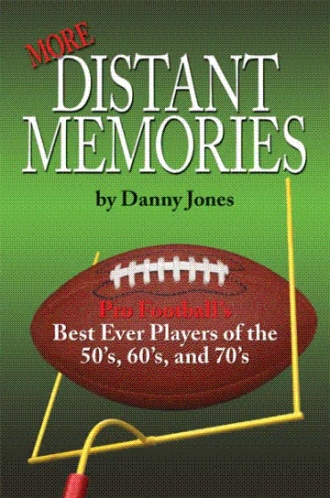 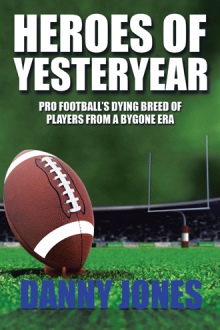 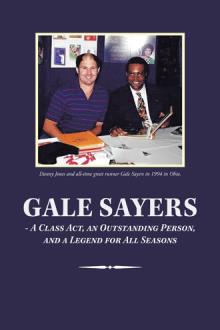 Gale Sayers - A Class Act, an Outstanding Person, and a Legend for All Seasons
Danny Jones
$3.99 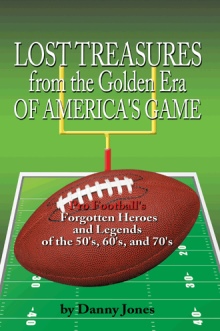 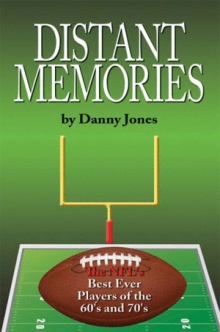 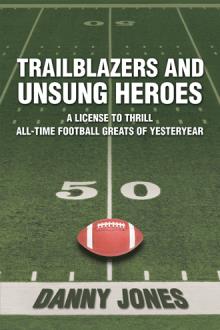 This book is about Pro Football's best ever players and forgotten heroes from a bygone era. They were the superstars of the NFL and the AFL during the fabulous 50's, the glorious 60's, and the fun-loving 70's. However, none of these legends are in the Pro Football Hall of Fame in with the exception of Bob Brown- who was finally selected in 2004 and Gene Hickerson- who was selected in 2007. These exciting players revolutionized the game of Pro Football with their outstanding performances and were the NFL's and AFL's biggest gate attractions. This book is a sequel to my first book, Distant Memories: The NFL's Best Ever Players of the 60's and 70's.

I have chronicled the careers of 30 great football players and have provided you a glimpse back at the best seasons, longest touchdowns, and the big plays of their illustrious careers. Most of these men should be in the Hall of Fame. J.D. Hill and Golden Richards will never be selected because they don't have the statistics, but they were 2 of the NFL's most sensational players. All of these players had Hall of Fame talent and most of them also had Hall of Fame like statistics. More Distant Memories is more than a book about great football players. It's about the men who played the game and the humanity behind the facemasks.

These legendary heros and mavericks provided excitement and happiness to millions of football fans across . These players are lost treasures and have simply been forgotten as time goes by. They were brilliant players and dedicated professionals. Their place in Pro Football history is secure regardless of any Hall of Fame status. It was these trailblazers, legends, and other stars from the glorious past that made Pro Football our national pastime and 's game. Enjoy your trip down memory lane.

Danny Jones is 54 years old (born in 1953) and lives with his wife, Tina, in . Danny's love for football began during the early 60's- Pro Football's golden decade. He played amateur and semi-pro football for over a decade during the 70's and 80's. Danny was a wide receiver and compiled some outstanding statistics during his career. He caught 302 passes for 5,519 yards and scored 66 touchdowns. Danny scored 15 touchdowns of 40 or more yards. He wore #19 like his football idol- star receiver Lance Rentzel of the Dallas Cowboys and Los Angeles Rams. Danny enjoys the simple pleasures of life. He cherishes time spent with his lovely wife, Tina, and his cute dog, Holly. Danny has written 2 football books. His first book is titled, Distant Memories: The NFL's Best Ever Players of the 60's and 70's. At the present time, Danny is planning to write another book on Pro Football's best ever players from the glorious past.