Warrior Theodore of the Spartans - The Battle for the Soul 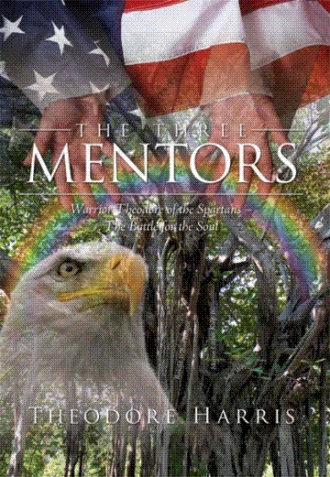 I was warmly greeted by the Congressional Black Caucus and other dignitaries. I was some type of hero. They told me that my work with the Air Force was intellectual property and that I was a very rich man. “How rich will I be?” Rockefeller Rich they replied. “How much money is that? Between 28 and 30 million”, they said. The Civil Rights activist said he wanted me to be the revenge of all the black inventors that our nation has ripped off. I said “Yes sir, sounds like I am going to be real good at getting our revenge”.  He asked what I was going to do with the money. So I told him when I was in the Air Force we had talked about setting up an anonymous trust fund in five cities for charity that will last one hundred years. With that much money I guess we could adopt 20 cities.

They began boasting of how the young blood stood up to three different Presidents, Nixon, Ford, and Carter. I told them, “We were dealing with matters of honor, and I heard that President Nixon was kind to me, because he didn’t know what to do with the biggest damn hero and the biggest screw up at the same time”. I was faced with a tough decision. In order to be their greatest hero I was going to have to go after President Ronald W. Reagan.

They insisted that I brief them on the Strategic Defense Initiative (SDI). They wanted to see Warrior Theodore! I was not wise. I was foolish. I told them how Ronald Reagan and Martin Luther King Jr. and John Wayne were my three mentors. They called John Wayne a racist. They said, “I did not know what he was ready like”.  I was shocked they thought that the Dr. Martin Luther King Jr. holiday would not pass and their extreme criticism of Hosea Williams and the SCLC and their relationship with the Republican Party. My passions were flowing unabated. “We could win the Cold War,” I said, “but the president of the needs your support. The plan is a simple one: we win, they lose. Peace through strength is a real possibility. The grain embargo of the seventies had revealed a fatal flaw in the . They did not have the economic strength to keep up with us if we took our defense spending to another level.” They were absolutely spellbound that a common man like me would make such a persuasive argument. I talked to them about the aces I worked with and the men and women of the armed forces of the and the warrior way. I talked about SAM 26000 and why I was not able to meet with President Jimmy Carter. I wanted to shock them and boldly said, “We are at war and if there’s one thing I know about ’s history it is that Benedict Arnold was a traitor.”

“Whoa, whoa, whoa, young man!” the congressman from said. “We are the Congress of the and we’ve all heard many things over the years, and I believe I speak for all of us. We’ve never heard anything like that before.” They asked me how I could love the so much after they enslaved our people.

I responded “I can’t dwell on the past sins of our nation when my eyes tell me there’s hope. We should be about the business of our nation’s future and not the past. When I was a little boy I used to have to crawl under my desk and fear being bombed and I would sing ‘God Bless ’ and God is blessing .”

The Congressional Black Congress had a few more questions when the gentleman from demanded satisfaction. In a raspy voice, he said, “We are here to offer this young man more material wealth than anyone of us or possibly all of us could combine.” The gentleman from was tapping the gentleman from on the arm as if to just leave it alone. He said, “No, I have to have his answer. Do you love that Reagan man that much that you would reject us and the offering we bring to you?”

This is the true story of the amazing works of faith by one of the altruistic and patriotic men in the history of America. Delve into a world of angels, warriors, and wise men. It follows from childhood to adulthood, through devastating tragedies and awe-inspiring triumphs.

At the age of eleven, he crossed over into the world of warriors in the spirit of his three mentors, Ronald Wilson Reagan, Martin Luther King, Jr. and John Wayne. Given the right of passage by the national president of the Hells’ Angels, he was named Warrior Theodore of the Spartans in 1965.

At the age of 23, he was given the honor of a private tour of SAM 26000, the airplane known as Air Force One. He was given this honor for significant contributions to the armed forces of the USA during a time of war and peace.

Currently the author is known as The Flag Man and visits VA Hospitals all across the country distributing made in the USA flags to veterans. He currently resides in Liberty County, Ga., which was the home of two signers of the Declaration of Independence.

A patriotic odyssey full of the rugged individualism that represents America, The Three Mentors explores the power of forgiveness, civic responsibility, honor, duty, and sacrifice.