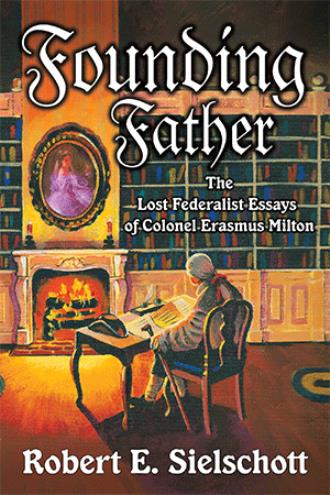 I must say, first of all, that this work is a novel. I am compelled to say so, for as you will see I cannot prove otherwise. I only knew my dear old friend Erasmus Milton for slightly over a year. My relationship with him at first was driven by historical curiosity, but in the end my love for the old man was more important than the obvious fame I could have garnered by leveraging the relationship as a historian. By the end of his life, I held him in such esteem that nothing could have caused me to dishonor myself by not keeping my word to him. So those items that convinced me of his valid claim as a Founding Father and brother in the “Glorious Cause” died with him, as he wished. Those proofs are no more, and nothing remains but his wonderful essays. So once again, I must say, this is a novel.

By way of explanation, let me point out that there is a , an , and of course a . There is, as well, a “Smart Room”, a Matthew Sielschott, a Beda, and the rest. There is the old slave market in , and a Waffle House in . And of course, there are the “Tacitus” essays, written by my dear beloved friend, Erasmus Milton.

You may judge his claim for yourself. To me, there is no question he has earned his desired title. He is indeed a Founding Father.

How does one deal with the eccentricities of a walking, breathing piece of history?  What would you do if confronted with evidence that you had discovered a “Founding Father” and his lost essays, both of which were nearly 250 years old?

For the author, Professor Robert Sielschott, just such a discovery led to a year and a half of living with history itself.  In his book Founding Father, you will be enchanted by the life and wisdom of Colonel Erasmus Milton, who while ignored by history participated in every pivotal event of the founding of the nation.  His life, adventures, and wonderful “Tacitus Essays” may well define for you the meaning of the title Founding Father.

•     “Who can doubt that the decline in national morality and our judiciary’s war against religion have not corresponded?”

•     “We are all Americans, all of us from somewhere else, and whether on the Mayflower itself or in the belly of a wretched slave ship, we are better off for our ancestors having come here.”

•     “For no man is free who must depend upon the government for his daily bread.”

•     “There may be no greater good to society than the coupling of an honorable man and woman in the creation of this wellspring of good citizens we call ‘family.’”

•     “It seems at times our Judges leave the loving bosom of their spouse ‘The Law,’ and sleep instead with the harlots of personal opinion and public political approval.”

•     “What could be more heartless than to convert our government to a giant wet nurse, then addict the people to her milk laden breasts.  Having destroyed not just our ability to earn our own way with work and merit, but even our desire to do so, can she not then order us about like a dominating, all powerful bitch?”

Robert Sielschott is a practicing CPA, living with his wife, Beda, and his children in .

He has written extensively for technical business valuations, professional reports, and educational materials. His many essays on current issues and politics have been published in regional newspapers, and some appear in this book.

Founding Father is his first novel.