Healing the Hidden Wounds That Lead Us to Suicide 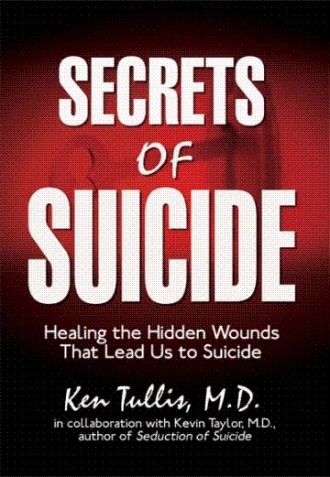 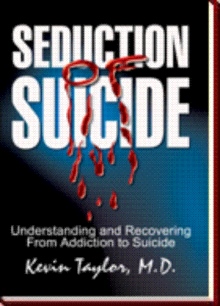 Suicide is often viewed as a final choice – the last option that will solve life’s problems.  Unknown to many, however, living life for some entails a bewildering and frightening daily dance with death. This groundbreaking book describes an exciting and compelling theory of suicidal behavior – how trauma leads people to suicide.

“Many people who have attempted suicide will see themselves in the stories,” says Tullis, who himself has gone through the harrowing experience.

Some who have mourned the loss of loved ones to suicide will find closure, easing their confusion and self-blame.  Meanwhile, therapists baffled by cases that have not responded to treatment will learn a new and promising technique to help their suicidal clients in Secrets of Suicide.

Ken Tullis, a survivor of seven suicide attempts and multiple addictions, is an award-winning psychiatrist specializing in addictions. In 1999 he received the prestigious Diamond Award for life-time contributions to the field of mental health, presented by the Mental Health Association of the Mid-South. Dr. and Mrs. Tullis received the 2005 Humanitarian Award for their dedication to suicide prevention, presented by the Organization for Attempters and Survivors of Suicide in Interfaith Services.

In May 1996, Dr. Tullis, along with fifteen other survivors of suicide attempts, founded Suicide Anonymous, the first-ever twelve step program for people struggling with suicide.

Dr. Tullis is the author of The Courage to Live Workbook, a companion to Seduction of Suicide, written in collaboration with Kevin Taylor, M.D..

With his wife, Madge, Dr. Tullis appeared on the Oprah Winfrey Show, "Successful People Who Attempted Suicide." The Tullises organized and co-chaired 's first-ever Suicide Prevention Conference in cooperation with Surgeon General David Satcher and their state's Department of Health.   Together with the Tennessee Department of Mental Health and Developmental Disabilities, they founded the Tennessee Suicide Prevention Network (TSPN), which has become a model for other states.