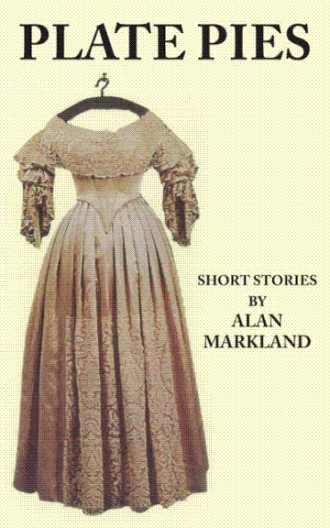 The nicks between the cobbles are filled with moss the colour of emeralds. It is silky to the touch and lovely. Without roots it is easily wrenched from its moorings, with only a soft sucking sound in protest. There is a foul smell as the underside is revealed, black, filthy, dripping.

Patrick lies prone, an eye lined up with a strip of the moss, the other eye is closed, beginning to swell. Blood seeps from a split lip, mingling with the rain as he bites down hard to savour the hurt and the shame.

‘And stay out.’ His father had yelled, but he will not leave him there long – afraid the neighbours will see.

‘Up – up. Fight you bloody Jessie.’ As the jabs came in the kidneys, followed by the old one two and Patrick was down. Out-fought by the skill and brute strength of this one time fair - ground pugilist. Patrick is twelve years old and a disappointment to his father.

Kneeling at the blue upholstered rail of the children’s chapel, he watches the weak sunlight as it seeps through the cold stone window frames behind the high altar. Baby angels, well fed by the looks of it, dance contentedly in the coloured light. An old man – God by all accounts, white beard on, wreathed in clouds, points a long bony finger and drills a fierce eye straight through Pat’s jersey and into his soul.

The author has been a sailor most of his life and, by inclination, a poet.

He has written these stories in order to portray the lives of people of an age which, though only sixty odd years past, is light years away in reality. There is a strong inclination here towards irony and black humour, the tools with which these people did battle.

The ethos is Northern but it is the author’s hope that the tales will be recognised anywhere and that, for the older reader as well as the young, a glimpse of how it was just prior to television will provide a nostalgic journey, a pleasurable instruction and a good read.

At seventeen, after a short spell on steam locomotives, I ran away to sea where I served twenty two years. I then became a hospital engineer in . This lasted two years when I ran away again, this time from the military who were threatening to court martial me. I returned to sea in oil rig vessels and started to write for magazines, eventually getting a job as features writer for a Maltese glossy.

I have lived in , , , and and have begun a collection of short stories which will reflect my experience in those countries. I am engaged at the moment in a novel, due out in the summer 2007. I have recently gone overland, in a converted post office van to , via , and The Karakorum mountains as well as doing the Route 66 Highway in . To fill in my spare time, I got a BA (Hons) last year and I am currently doing an MA in creative writing at . I am 72.