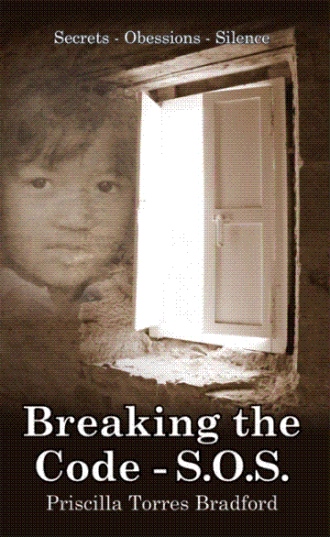 David sent word to Tamar who was home at the time: “Go to the house of your brother Amnon and prepare a meal for him.”

So Tamar went to her brother Amnon’s house. She took dough, kneaded it, formed it into dumplings, and cooked them while he watched from his bed. But when she took the cooking pot and served him, he wouldn’t eat.

Amnon said, “Clear everyone out  of the house, “ and they all cleared out.  Then he said to Tamar, “Bring the food into my bedroom, where we can eat in privacy.” She took the nourishing dumplings she had prepared and brought them to her brother Amnon in his bedroom.  But  when she got ready to feed him, he grabbed her and said, “Come to bed with me, sister!”

“No, brother!” she said, “Don’t hurt me! This kind of thing isn’t done in Israel! Don’t do this terrible thing! Where could I ever show my face? And you, you’ll be out on the street in disgrace. Oh, please! Speak to the king, he’ll let you marry me.”

But he wouldn’t listen. Being much stronger than she, he raped her. No sooner had Amnon raped her than he hated her, an immense hatred.  The hatred that he felt for her was greater than the love he’d had for her. “Get up, “ he said, “and get out!”

Breaking the Code - SOS.  (Secrets - Obsessions - Silence)  Breaking the Code deals with our secrets, obsessions and silence. Being secret keepers and remaining silent when we should cry for help. The cost of wearing masks, instead of being who we are. This book is to give you hope, and let you know that you are not alone in your pain. My desire is to empower men and women to make the right choices that will make them Productive and Purpose Driven.

I share my pain, my story, and my healing process. Because I believe, all things are possible through Him that loves us…Jesus Christ!

A native of , was saved and filled with the Holy Spirit at the age of 11. She attended seminary and received an AA in Theology at the age of 21.  She worked in the Mental Health Industry for 4 ½ years. Priscilla co –founded JAB Ministries’ to help hurting men and women find restoration and healing in the midst of their pain.

Priscilla is married to her soul mate, James Bradford. She has four wonderful children, Shaheed, Jonathan, Aaliyah and Erica, and a grandson, Isaiah.