Some Other Personal Recollections 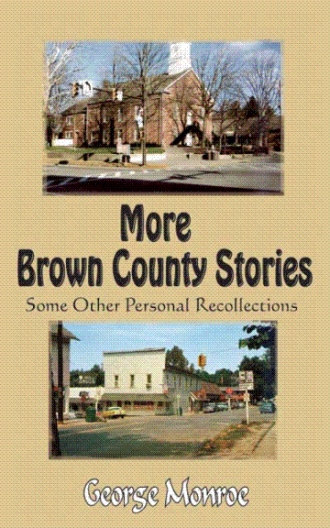 Driving motorized vehicles came late to pioneers.  The early settlers came into the county on foot or in wagons pulled mostly by horses and mules.  A few came in carts pulled by oxen. The animals used for human transportation were also used for plowing fields and dragging logs. There was considerable reluctance to change from the familiar transportation modes to the use of machines. My great-grandfather had a natural fear of “such contraptions.”  He owned a huge steam engine on wheels and used it safely to run his sawmill.  But he was keenly aware that one of his relatives was dispatched to oblivion when he inadvertently added cold water to a red hot boiler that was almost empty. Who knew what dangers came with a machine that ran on gasoline. Many attempts by his sons to introduce him to the benefits of driving a Model-T Ford were summarily rejected until the dangers of being on the road with a horse drawn wagon were seen to increasingly  outweigh the benefits. Piloting a vehicle that would not respond to verbal commands took awhile to master.  Making a trip to town in his machine was an all consuming event.  Other drivers learned to be extra vigilant when he was on the road.

My grandfather was an early adopter and purchased two Model-T trucks (one for his wife and one for himself) to start a business of hauling supplies from to . The best parts of of the “roads” they traveled were trails through rocky creek beds.  Inclement weather changed the  native clay  tracks outside the stony creeks into deep rutted traps for wheeled vehicles.  Hills were another obstacle that challenged them. Gasoline for the engines was fed from the fuel tanks to the engines by gravity. On a very steep hill the tanks were sometimes tilted too low and the fuel would not run to the engines.  In those cases, they had to turn around and back up the hills.

Chris and Felix Brummet, two old batchelor farmers, were among the first to own a Model-T truck. They lived several very rough miles out in the country southwest of .  Their vehicle took a severe beating whenever they made the round trip to town and back.  They kept an ample supply of engine oil, gasoline, leather (to repair transmission bands), and bailing wire in the truck to deal with the frequent breakdowns.  They also had a water bucket to refill the leaky radiator whenever they forded a creek. In good weather they would sometimes load up a cord of stove wood they had cut during the winter and bring it to to sell for cash.  They would then buy staple groceries like flour and lard and head back to their farm.  They were well known for their hospitality to travelers who might stop by to visit.  They kept a big iron pot of beans slow cooking over a wood fire that visitors were invited to share. My fond recollection is that with a hunk of cornbread they were the best beans ever.

The purpose of this book is to share some of the fun and interesting things that happened when I was growing up in . The stories offered here were told to my five daughters around campfires and at many bedtime sessions as they were growing up. They requested that I tell them over and over again. They heard these stories, and many others like them, so many times they said they felt like they actually grew up with Cobweb, and Virgil, and Hazel, and Sis, and Bobby, and Stretch. After many retellings I was once obliged to let my youngest daughter know that I had told her everything I could remember, or even make up. To which she replied, “OK then, just start over.” The various accounts of these uncommon experiences were reinforced for my daughters when they visited their grandmother who lived in , the County Seat of Brown County, and were able to explore the territory where they took place. All of these stories are based on things that actually happened to me and other live people in the good old days in . They are as true as creative memory will allow.

GEORGE E. MONROE, PH.D. grew up in the town of in . After graduating from college, he returned for three years to teach sixth grade and serve as the local Scoutmaster. He then moved to the big city and traveled to many places in the world. However, a part of him has always been rooted in the unique environs of his youth. He currently lives with his wife, Merle, in .