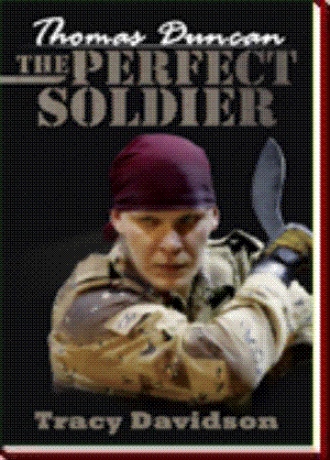 It was an early fall morning when I finally got in from the stakeout that had taken all night. I was so tired that I was barely able to drive home. Like most private detectives I lived at the office. It made things a lot easier than having to pay two rents, not to mention the travel time normally spent going between home and office was cut in half. You have to find ways to save time. Time is money. That’s the way it is in this business anyway.

I was just sitting down to a nice hot cup of coffee and trying to relax, when there was a knock at the door. My first instinct was to ignore it. I thought at least they could wait a few more hours until normal business hours. But something in me said this was important.

As I approached the fogged glass door I could see the silhouette of a tall slender woman.

She had a very handsome figure and held herself very well. I was surprised when I opened the door to find a young woman in her early twenties. Something about the way she carried herself said she was all business. She introduced herself as Sylvia Baker as she walked right past me into my office. I could tell by her manner that she had a very high opinion of herself. She was the type of person that didn’t feel she could lower herself to deal with the general public. She was around 5’11” tall, slender, with long, silky, blonde hair that came all the way down to her waist. She wore a long royal blue evening gown with matching heels and nails.

“I would like to hire you to find my husband’ she said. And money is not an object”.

“I do not specialize in missing persons’ I said. I can refer you to someone that does”.

I thought to myself, I really didn’t want this case at this time. Missing person cases require too much time and I would have to refer all of my other cases currently underway to another detective so I could dedicate enough time to this case.

She insisted that she would not settle for anything less than the best.

“I have already had you checked out’ she said, and you are rumored to be the best private investigator in the entire tri-state area”.

I was very flattered to be sure. Such a compliment coming from a person that seemed to expect excellence from the people that she had dealings with. I know for her to give a compliment was extremely difficult to say the least. So I took the time to listen to the details of the case. I offered her a seat and asked if she would like some coffee.

“Got anything stronger than that?” She asked.

I poured her a shot of bourbon. She downed it very quickly and began to explain the details of the case.

“My husband didn’t come home last night’ she said. When I called his lab the police answered the phone and told me there had been some kind of accident. They wouldn’t give me any kind of details on the phone but they came to my home immediately after that to question me. I still am not sure what’s going on but I’m so worried about Lionel” she said.

“I will do all I can to find out where the police stand on their investigation’ I told her. I still have friends on the force, and I will get to the truth of the matter. I will call you as soon as I have something to report. Right now you need to go home and get some rest. I know you are worried but let me do what I am best at. We will find out what has happened to your husband”.

She agreed and said thank you again as she left my office.

I did a full background check on Lionel Baker and got an amazing amount of information. It would seem that he had a remarkable career that stemmed all the way back to his childhood. He was a scientist from the time he was old enough to walk. He was very science oriented. As he grew up he had expanded his mind in different fields of science.

Lionel was raised in an upper class family that was well respected by both the science and political communities. Money never held any importance to him as he seemed destined to be a scientist like his mother. His father was a state Senator. As a child he was a science buff and academic genius. He won every science fair he participated in throughout his academic career. As he grew he discovered that he was also very talented with his hands. After he graduated MIT, his talents took him in directions that never seemed imaginable to him. His dream was to create (AI) artificial intelligence. He was the leading authority in that field and it was rumored that he was very close to succeeding.

At MIT he graduated with honors and mastered in the field of advanced robotics.

The Department of Defense of the The United States Government commissioned him for a project that was highly confidential.  I knew I would have to pull some major strings to find out what that was all about.

I placed a few calls to some of my best contacts and found that Lionel was commissioned to create an entirely new breed of soldier, a

A private investigator in the tri-state area and his friends are drawn into a world of mystery, murder, espionage, and intrigue in The Case Of The Perfect Soldier.

A brilliant scientist is commissioned by the United States Department of Defense to create and develop a new highly advanced top secret weapon.

When it appears the scientist is murdered and the weapon is stolen, Thomas is hired to solve the murder and find the weapon.

The suspense never stops as Thomas and his friends Ron Bishop (technical wizard), William Hinkle (hacker), , and Mark, (two NYPD detectives) and Jack Jacobs (FBI), uncover clues that seem to lead nowhere. Discover the truth about the perfect soldier, and the government that created it.

Tracy Davidson resides on the lake front at Smith Lake in Cullman Alabama. He enjoys nature and is currently working on his lastest series of novels. He has enjoyed writing for the mojority of his 42 years of life. He also enjoys building and showing euro cars, and associating with friends and fellow writers. He is inspired to write by his daughter who is his biggest fan.