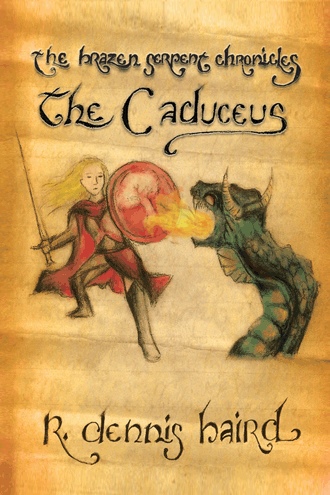 “Run, Marcus, run,” Annel shouted as she sprinted toward him.

But Marcus stood like an immovable statue cemented in place.  By the time she reached him, the dragon had approached within fifty feet.  She scooped the boy up and ran after the Baron who had just entered the inner gates with the other children.  The Baron shouted something, but it was lost in the din.

As she looked over her shoulder, she glimpsed the dragon closing, and then she felt the concussive blast of heat, as flames engulfed her and Marcus, but her cloak shielded and diverted the fire.  She stumbled and fell to the ground.  When she arose, she pulled Marcus to his feet and stood with her back to the dragon between him and the beast.

“I remember the dream. His name was Widseth, and he said to use the light,” Marcus screamed.

“Run to the Baron.  You’ve helped more than you know.  Run.”  Annel stood and slowly turned to meet the gaze of the dragon.  Marcus dashed toward the inner gate.

In a clear voice she began to sing a peace song.  The melody rippled across the open compound, and the dragon appeared bound by the calm atmosphere for a short time, but after a few minutes, it snorted and bellowed.  It shook its massive head as if trying to get rid of an irritant.  Annel knew her attempt to control the dragon had failed.  She had not mastered Widseth’s skill, but she assumed the beast would try to kill her before destroying the rest of the stronghold because she represented the only threat.

Thinking to draw the monster away from the inner compound, she ran to the center of the campfires away from where many had taken refuge.  Her heart pounded insider her, and she tried to calm the adrenalin rush.  She stood alone, and the dragon towered above her.  Her hope hung on a slender thread—Gulth.  Perhaps he would see and come to her aid, but no assistance arrived before the dragon expectorated smoke and fire.

She grabbed the left hem of her cloak and threw it up in front of her face to protect her as it had when she carried Marcus, but a piece of the cloak ripped off in her hand.  She assumed the magical nature that had protected them had expired, but the cloth in her hand solidified and shaped into a medium sized shield.  In an instant a blue aura from the shield deflected the fire.

The dragon roared in rage, and the keening wail of the monster penetrated the ears of everyone within the compound.  The sweep of the creature’s tail caught Annel off guard and knocked her off her feet.  Immediately the dragon batted her.  She felt talons ripping at the fabric of the clothing she wore, but the cloth became adamant and protected her.  She flew twenty paces through the air, and the force of her landing collapsed the high feast table.  She remained still amid the debris of the table, trying to determine if she could stand.  The dragon lumbered toward the gate of the inner compound.

Her ribs were sore, but Annel pushed herself up, amazed that she still lived.  Her right knee had taken the brunt of the fall, and pain shot through her as she took her first few steps.  As the dragon moved toward the inner gate, a horse that had escaped from the barn distracted it.  When it cornered and killed the horse, it gave Annel time to hobble to the gate.  She stood defiant as the dragon approached. 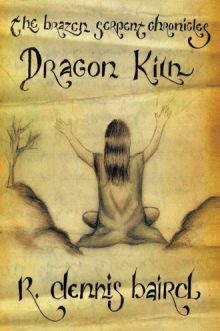 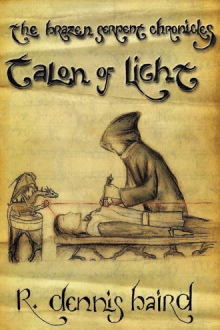 When the young Dragon Master, Widseth, and his wife, Annel, travel to the southern countries, forces of darkness are unleashed to destroy their efforts to establish a kingdom of peace.  Once again, the ancient battle between the dragons of light and the dragons of darkness places the world of men in turmoil.

Choices must be made that define freedom and slavery.  Explore Aelandra, a world filled with characters driven by passion, love, hope, and sorrow.

As a youngster in nothing delighted him more than crawling around ruins of castles on the or exploring Roman ruins in , , and .  Fondness for ancient societies gave rise to his love of language and culture.  He has studied Spanish, German, and Russian along with English literature.  He has enjoyed time in Mayan ruins in , and studied ancient civilizations and the lessons they have taught us.

He spent years spinning yarns around campfires with the Boy Scouts, and has combined his storytelling with a multilayered world reflective of great civilizations.

Other Books Included in