A Manual for Writers 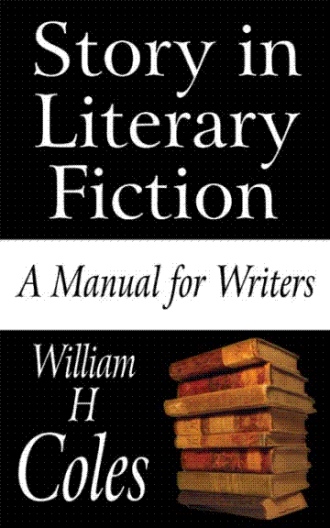 CONFLICT. Authors create stories by imagining characters and what they do in a story in a dramatic way. Drama requires conflict, action, and resolution, and is the essence of literary fiction. The conflict can be physical, mental, or emotional; the action is presented by placing the reader in scene or through narrative telling; and resolution involves a change in the character, either a reversal of some thought or trait in the character or recognition of something not understood before. It is in drama where the reader becomes involved and where, through the actions of the characters, readers sympathize with the characters.

The literary story is an art form created in the imagination. Using principles and guidelines, this clearly-written, succinct manual helps authors create structure, and action and drama in their wiritng. And the manual is not just for authors. Readers with no aspirations to write can learn to appreciate the talents of great storytellers.

William H. Coles is a poet, author, and editor with degrees in the arts, medicine, and science. He is Professor Emeritus at the State University of New York.