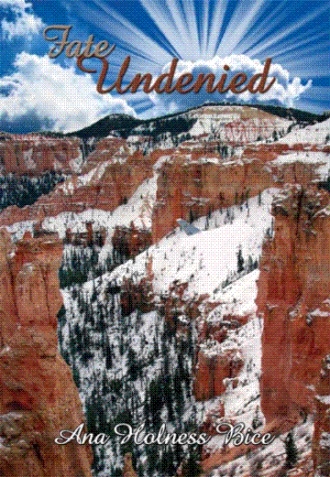 From a young age, Jonathan Fitzgerald was groomed to become his father William’s successor to lead Fitzgerald International. As an only child, Jonathan was the heir to the highly successful company.

On his flight to a business conference along with his best friend Maxwell Adams, their small plane was caught in a deadly snowstorm and the two men perished in the furious blizzard.  When they found themselves in the afterlife, Maxwell happily embraced his new existence, but Jonathan was not ready to surrender his humanity just yet.

Going against a warning given, he somehow is able to cross the dimension back into a limbo of physical existence.  But he’s no longer a human being and becoming one again seemed like an impossible undertaking.  Undaunted, somehow he prevails and finds a way to come back, but the perception he had of his old life is forever changed by reality.

After witnessing a crime being committed, he’s marked for death by the hit men who want to silence him at any cost. As he finds himself fighting to stay alive, he’s forced to run in a relentless pursuit that takes him from the , through Europe and . But just as life seemed to fall into place, he finds himself a prisoner of his own making, unable to escape the choices of his past.  He came to accept that his fate couldn’t be denied; at best he could circumvent the intended path, but the final destination would still be the same.

Ana Bice was born in a small village in surrounded by a jungle, lacking water and electricity.  One of ten children brought up mostly by her mother, she also has nine half-siblings by her father.

After a fire burned down their home and meager belongings when she was ten years old, the family was left homeless.  Soon after, her uncle Pablo came into their lives after a fifteen years absence, during which time he had settled in the .

At sixteen she arrived to and three years later graduated from , earning academic scholarships to attend , majoring in Journalism/Political Science.

“Fate Undenied” was a labor of love, a story that refused to be a mere thought buried in her imagination, compelling her to bring it to life.

Ana lives in with her husband Jim.  She’s the mother to daughter Giselle and son James and grandmother to Hardy who reminds her of the wonders of life as it starts anew with endless possibilities.